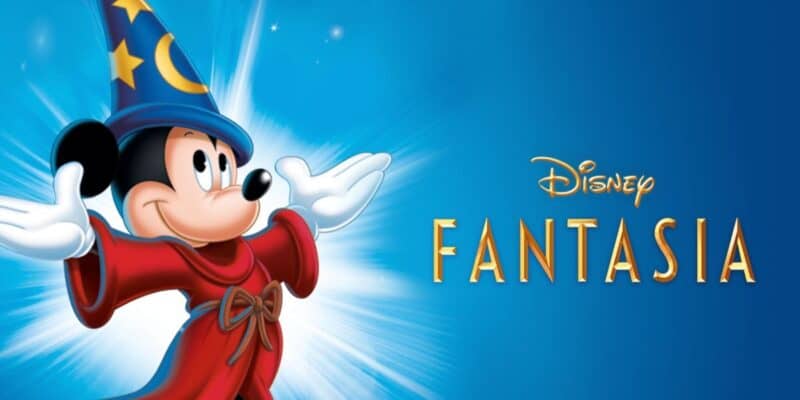 With his new documentary premiering on Disney+, new generations of fans are being introduced to different sides and facets of Mickey Mouse. Although the character has certainly had a long and impressive career, many fans, animators, and Disney historians can pinpoint one particular role that changed Mickey as we know him today.

Fantasia has often been considered Disney’s art house project, but it began as a vehicle for Mickey to make a triumphant comeback onto the big screen after the success of Snow White and the Seven Dwarfs. The Sorcerer’s Apprentice is one of the most recognizable roles in Mickey’s career, but it was far more than just Mickey cosplaying as a wizard. It was the role of a lifetime that would forever shift his animated existence.

The concept for the short gave birth to Walt’s “concert feature,” which was perhaps the most artistically daring project for the time, but it also revamped Mickey’s on-screen career. Until this point, Mickey had sort of fallen into a bit of a lull. He was still around, but not quite the figure he was when he was regularly appearing in the black-and-white cartoons. Fantasia gave him his first feature-length film role. Not only that, but the project allowed Mickey to further expand his range as a performer, starting with his look.

Many fans will be quick to attribute the contributions of Walt Disney and Ub Iwerks for Mickey’s most iconic look. However, it was the redesign by artist Fred Moore that gave audiences everywhere the Mickey we know today. Moore gave Mickey his more expressive features and a more defined figure, allowing him a greater range of expression and movement to accompany this magical role. In short, Moore was responsible for giving Mickey the pear-shaped and “Disney-eyed” look fans are so familiar with today. Variations of this design can be seen throughout a variety of Disney’s media, and it still remains a sort of gold standard for the character’s look even after all these years.

Another aspect worth mentioning is that the role gave Mickey a sort of return to his more mischievous side. Think about it, when was the last time Mickey genuinely did something he shouldn’t? As discussed in Mickey: The Story of a Mouse, Mickey was the more “responsible” member of his animated friend group. Not only does Mickey sneak out of his duties as an apprentice, but he meddles in the mystic arts with forces beyond his control. Just because Mickey is often portrayed as the good guy doesn’t mean he can’t get into trouble once in a while.

“The Sorcerer’s Apprentice” not only revitalized interest in music, artwork, and experimental storytelling, but gave Mickey Mouse a much needed boost. Although the project wasn’t exactly what some would call a financial success, it was a huge step in the art world and no one has duplicated that magic formulas sense. It was a learning experience for Walt, and one that continues to stand out amongst Mickey’s filmography even years after its release. Nowadays, the wizardly look is as commonplace and distinctive as his red shorts and gloves. Fantasmic! certainly wouldn’t be the same without it.

What’s your favorite Mickey Mouse role? Tell us in the comments below!