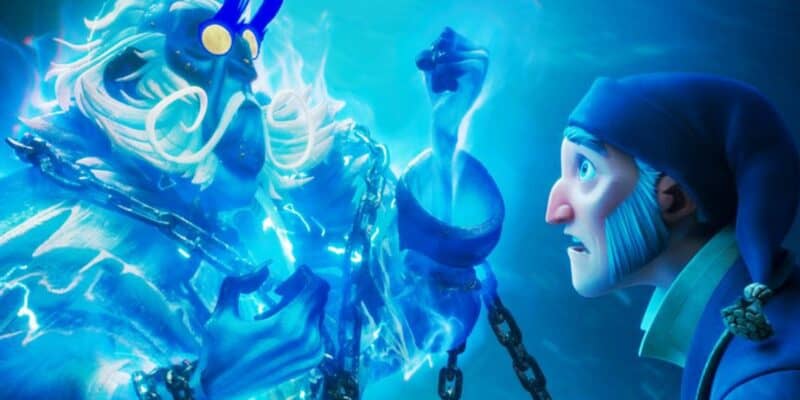 The official trailer for the upcoming Netflix movie Scrooge: A Christmas Carol is out.

The newest adaptation of Charles Dicken’s A Christmas Carol is coming straight from Netflix. Be ready to see Ebenezer Scrooge like never before.

This is not the only version of Dicken’s classic to come out this Christmas season. Apple TV+ is releasing their version of the story as well. This one stars actors Will Ferrell (Elf) and Ryan Reynolds (Deadpool).

According to Netflix’s Media Center, the newest adaptation of the classic tale will be featuring “re-imagined songs from the legendary and two-time Academy Award winner Leslie Bricusse OBE.”

The movie will be in theatres starting Friday, November 18th, 2022, and will be available to watch on Netflix on Friday, December 2nd, 2022.

With everyone already being so familiar with this timeless classic, not much was said about the movie. The only thing we know is it’s “A supernatural, time-traveling, musical adaptation of Charles Dickens’ cult Christmas story.”

Back in July, Netflix shared a few images for their upcoming Christmas Classic.

This December, Scrooge: A Christmas Carol comes to life featuring the voice talents of Luke Evans (as Scrooge), Olivia Colman (as Past), Jessie Buckley (as Isabel Fezziwig), Johnny Flynn (as Bob Cratchit), Jonathan Pryce (as Jacob Marley), and many others — FIRST LOOK: pic.twitter.com/o5nHheZ56i

This new adaptation has an amazing cast, and you’ll hear a few familiar voices.

Scrooge: A Christmas Carol Produced by Timeless Films in association with Axis Studios and directed by Stephen Donnelly.

On a cold Christmas Eve, selfish miser Ebenezer Scrooge has one night left to face his past — and change the future — before time runs out.

Are you excited for this new adaptation? Let us know in the comments.