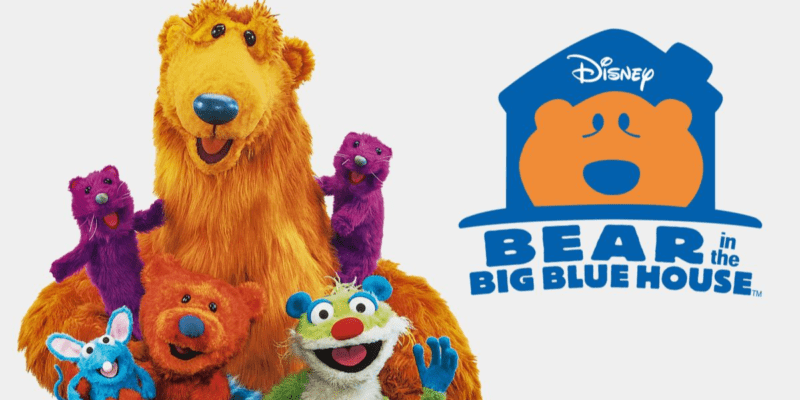 After the smashing success the 90s show Bear In the Big Blue House has had on Disney+, actor Noel MacNeal teases the show’s future.

After years of waiting, fans of all ages were finally able to join Bear, Tutter, Ojo, Treelo, Luna the Moon, Ray the Sun, and many more beloved characters with the debut of Bear In the Big Blue House on Disney+. The long wait was worth it for many fans, who immediately showed their love for the show, causing it to be among the most trending offerings on Disney’s streaming platform, but what could this mean for the classic show?

American puppeteer, director, and writer of children’s television Noel MacNeal (@noelmacneal), who voiced the beloved character Bear, recently shared a video on TikTok discussing the future possibilities for the show after its smashing success.

MacNeal begins the video by thanking fans for their love and support towards the show after all these years and continues to say that Disney notices things like this, referring to the show trending. MacNeal says, “For example, Disney thinks, ‘if they enjoy it on Disney+, maybe they’d like to have the same kind of experience in the PARKS!’” and asks viewers if they’d like to see Bear and his friends back in the Disney Parks.

While these projects sound very exciting, especially for long-time fans of the show, they have not been officially confirmed by Disney officials at this time. However, if Bear In the Big Blue House continues to have such impressive success on Disney+, Disney might decide to develop some new projects, especially since Noel MacNeal seems to be on board and just as excited as any fan. Inside the Magic will update you as more information comes to light.

It is worth mentioning that this wouldn’t be the first time Bear and his friends find a home at Disney Parks, as the show Bear In the Big Blue House – Live on Stage performed in the early 2000s at Disney-MGM Studios — now Disney’s Hollywood Studios. A similar show would be the perfect opportunity to bring the beloved characters back to Disney Parks, where fans could dance along with Bear to the “Bear Cha Cha Cha,” whether that be young-at-heart fans or life-long fans who are introducing their own family to the beloved character and his friends.

Would you like to see any of these projects come to life? Let us know in the comments below!