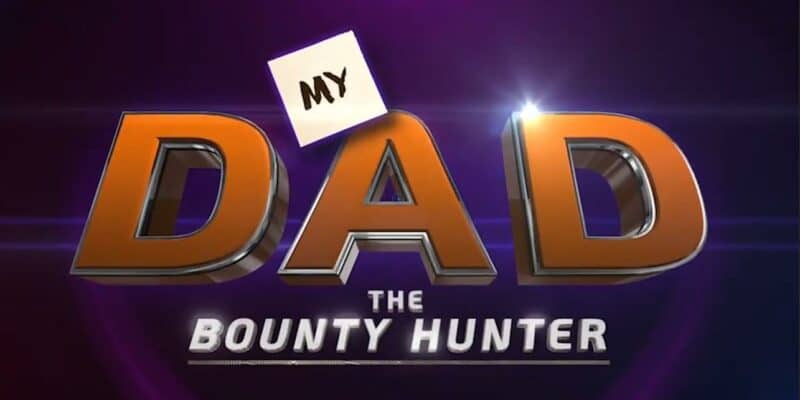 “Saving people, hunting things, the family business.” Not the official motto, but it sure sounds like it works for My Dad the Bounty Hunter.

Hunting space criminals is no laughing matter, but it has sure become a family matter.

Earlier this week, Netflix released an official trailer of My Dad the Bounty Hunter. This is an upcoming animated series, airing on February 9th, 2023.

It follows a family who gets uprooted after two siblings find out their father is an intergalactic warrior. The first season of the show will have ten 22-minute episodes.

Brother and sister, Lisa and Sean, are tired of being left home every time their dad gets called into work. Whatever happened to ‘Bring Your Child to Work Day’?

Their father is a delivery man with a very tedious job. So not only is his job difficult but so is raising two kids.

The kids sneak into their father’s truck one night to surprise him when he got called into work. Except, they were the ones in for a surprise.

Their dad “is” a delivery man… just not the type they were thinking. Plus, his range is just a tad father than he let on to believe. Turns out, their dad is actually an intergalactic bounty hunter!

The children’s dad must travel through space to arrest criminal aliens and save helpless planets from bloodthirsty creatures.

These adventures will lead the family to face flame-throwing robots, giant aliens filled with sharp teeth, and squid-faced outlaws who might use the children to blackmail the galaxy’s best bounty hunter.

Their family dynamic will face many challenges, but at least dinner conversations will never get boring.

Get ready to join the toughest bounty hunter in the galaxy.

My Dad the Bounty Hunter comes to Netflix on February 9, 2023.

Are you excited for this new show? Let us know in the comments.