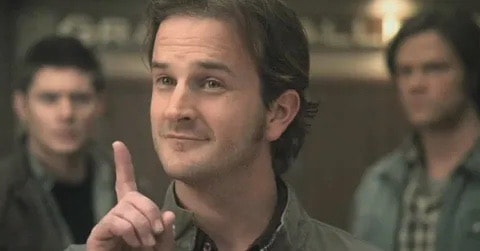 The Winchesters are about to get a lot more mischievous thanks to a fan favorite from the original show.

In case you didn’t know, The Winchesters the new CW’s Supernatural prequel series. It is set in the 1970s and follows Sam (Jared Padalecki) and Dean’s (Jensen Ackles) parents- Mary (Meg Donnelly) and John (Drake Rodger).

The show focuses on the early stages of their relationship with Mary already being a hunter and John just returning home from combat.

Now that we’re a couple of episodes in, another Supernatural character is about to join.

TV Insider had confirmed that Richard Speight Jr. will reprise his role as the Norse god of Mischief Loki. Speight will also be directing several episodes of The Winchesters. The actor has also previously directed 11 episodes of Supernatural and has even gone behind the camera a few times.

Robbie Thompson, the showrunner for both Supernatural and The Winchesters had this to say: “Richard’s an old friend of mine, so it was a question of when not if. I think it was in New Orleans actually when we were shooting Episode 2, so I wasn’t in the writer’s room, obviously. But I was reading their notes and was like, ‘Hey, wait a minute… and then I just got really, really excited because it felt like [the writers had come up with] an opportunity for us to welcome a friend that we’ve seen before, but maybe not in a way that folks are expecting.”

Who knows what kind of chaos this new/old character will bring to John and Mary?

With the show wanting to get out from under the wing of Supernatural, it’s unclear if bringing back more characters will help or hinder The Winchesters.

What do you think? Are you excited for Loki to be returning? Let us know in the comments.