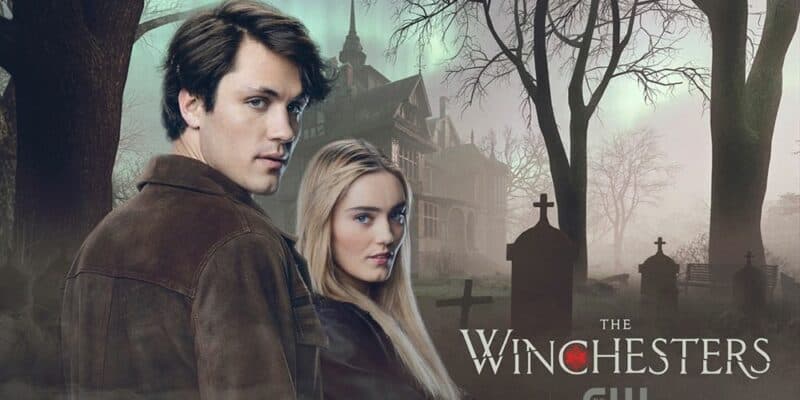 Supernatural’s Spinoff, The Winchesters is premiering today on the CW!

This prequel, set in the 70s, follows Sam and Dean Winchester’s parents- John Winchester and Mary Campbell. It will show how they first met and fell in love.

Drake Rodger and Meg Donnelly will be starring as John and Mary. Other new characters to join will be Bianca Kajlich as Millie Winchester, Nida Khurshid as Latika Desai, Demetria McKinney as Ada Monroe, and Jojo Fleites as Carlos Cervantez. The story will be told from the perspective of Dean, which will be played by Jensen Ackles. Jensen and his wife, Danneel, will also be executive producers of the series.

The original Supernatural series ran for 15 years (2005 to 2020). It is the CW’s longest running show. This prequel also marks the shows first successful spinoff, with two others being scrapped early on- Wayward Sisters and Supernatural: Bloodlines.

Throughout production there was some worry about living up to the fan’s expectations. One of the film’s stars spoke to PEOPLE saying, “We want to make sure that the fans are so happy with the product. We care so much about what the fans want because we know it means so much to them.”

Balls! Other than Dean, we are currently not seeing any more of the original cast in The Winchesters. However, all the producers are definitely up to having them join Supernatural’s spinoff. Ackles told Entertainment Weekly during an interview, “We have names that are on the table of like, ‘How can we get to this [person in a way] that makes sense.”

The series is debuting today on the CW. It will also be available to stream tomorrow (Oct. 12th) for free on CWTV.com and on the CW App.

Did you ever watch Supernatural? What are your thoughts on the new spinoff? Let us know!