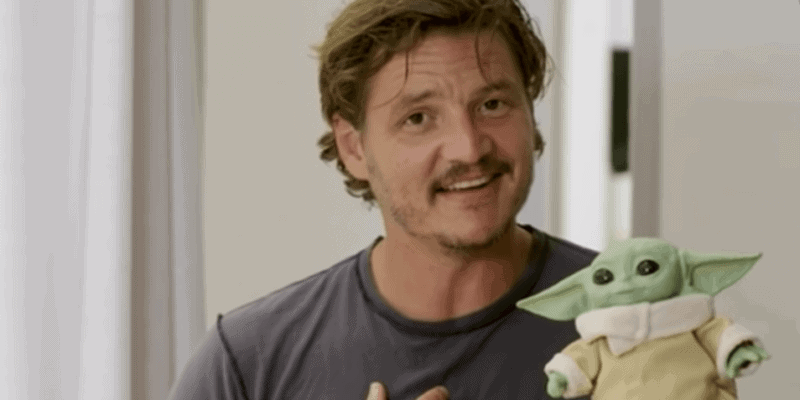 The last time we saw Pedro Pascal as the deadly bounty hunter Din Djarin/The Mandalorian was in December of 2020.

Orphaned during the Republic Era, Mando was raised as a foundling by the Children of the Watch. They were a cult that had broken off from Mainstream Mandalorian society. He was trained to become a warrior, and eventually joined the tribe which operated in secret on Nevarro.

After the fall of the Galactic Empire, Djarin made a name for himself as a part of the Bounty Hunters Guild. Traveling across the galaxy in the Razor Crest, he collected different bounties. Eventually, a job led him to find Baby Yoda. But, instead of turning him over, Mando had begun to form a bond with The Child.

Two seasons later and Djarin finally got Grogu (Baby Yoda) safely to Jedi Master Luke Skywalker and fulfilled his mission of finding Grogu’s people. He also defeated Moff Gideon (played by Giancarlo Esposito) in one-on-one combat, making him the wielder of the Darksaber.

With that saber, Din is now the rightful ruler of Mandalore.

Clearly not wanting or any of the responsibilities that come with it, our favorite Mandalorian has a very tough decision to make.

Will he surrender the Darksaber to Bo-Katan Kryze (played by Katee Sackoff) or will Moff Gideon return and try to take it by force?

Disney released an official trailer last month. “You are a Mandalorian no more” can be heard in the sneak peek. What does this mean for Din? Him and Baby Yoda are now a clan of two.

While we wait for The Mandalorian to return, guests at the Disneyland Resort will get to see Mando and Grogu inside Star Wars: Galaxy Edge, starting in mid-November.

Wishing Pedro Pascal a speedy recovery, and thank you for carrying the franchise once again.

Season 3 will begin streaming on Disney+ in February of 2023.

Are you excited for the new season of The Mandalorian? Let us know in the comments.