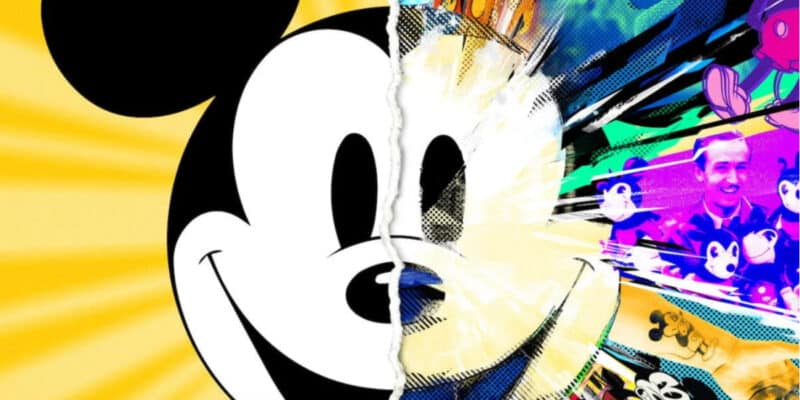 Just in time for Mickey’s 94th birthday, Mickey: The Story of a Mouse has premiered on Disney+. Telling the story of the mouse’s conception, evolution, and tremendous effect on our popular culture, it’s truly more than just an informative special on Disney’s icon, but an art piece that takes an intimate and revealing look on one of the world’s most recognizable and beloved characters.

To say that the film is simply a documentary about Mickey Mouse is only a very small fraction of what it has to offer. The film itself isn’t so much about Mickey as a character as it is about Mickey as a cultural phenomenon that has since saturated the world. Across time and cultural waves, Mickey has remained the universal constant in a world of shifting variables, and that’s precisely the message of the film. It’s about Mickey, it’s about Walt Disney and his journey, it’s about the evolution of the animation industry, and the magic is captured brilliantly on the screen.

The film can perhaps best be described as a timeline through Mickey’s career, and Walt’s by extension. However, the film also takes a headlong dive into the character’s influence in and out of the Disney studio. It dives into things like the animation process, voicing the character, his place in the Parks, but it also shows the less colorful side of Mickey Mouse as well. Quite frankly, some of the images and footage shown might be a little jarring for even the most dedicated fans of his work.

Viewers will see different sides of Disney and their most famous character, including some that don’t exactly paint him in the most favorable light. Mickey is a pop culture icon, but he’s also been a corporate icon for just as long. With all the controversy surrounding the company, it’s honestly quite shocking that some of these images and reels would be shown. Bob Iger said it best in his interview segment in the film. “I’m not sure people knew who Mickey was because he’d been so many different things, and not necessarily all good.” However, that doesn’t mean the mouse has lost his touch.

The film is a visual love letter to Mickey Mouse, warts and all. It’s a reflection piece, a character study, an in depth examination of Disney itself and so much more. If there’s one thing that viewers should take away from this project , it’s that it was all started by a Mouse.

What’s your favorite Mickey Mouse memory? Tell us in the comments below!