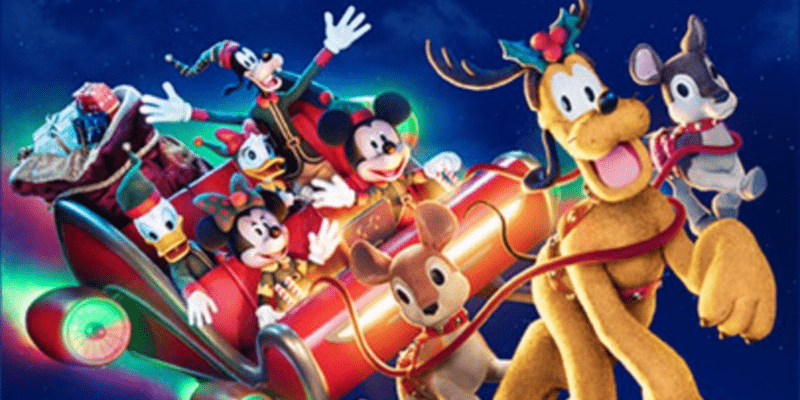 The trailer for Mickey Saves Christmas recently dropped on social media, and while it does bear a slight resemblance to classic Christmas specials of yesteryear, there’s something off about this upcoming stop-motion feature on the Disney Channel.

The holidays have never been a hard time for Mickey and his pals, and they certainly have a number of different Christmas cartoons under their belts. From the black-and-white Silly Symphonies to Paul Rudish’s extremely trippy Duck the Halls, holiday specials featuring Mickey, Donald, Goofy, and the rest have always been something of an event. However, this new take on Christmas with the fab five feels a little bit off.

The use of stop-motion animation (akin to the Rankin-Bass specials or The Nightmare Before Christmas) is a bit of a novelty, but the concept, title, and presented plotline feel quite watered down compared to some of the specials the studio has released in the past. In short, the trailer makes the upcoming special look basic and bare-bones compared to some of the other Christmas tales Mickey and the gang have brought to life. To say it leaves audiences with a good impression is highly debatable.

Set to debut November 28, 2022 on Disney Channel and ABC, Mickey, Minnie, and their friends will have to help Santa Claus deliver a new batch of presents after he loses his bag of toys in a sleigh accident. That’s all well and good, but it sounds like a plot that has been done dozens of times over before, not to mention the “saves Christmas” portion of the special’s title has been used over and over again from Ernest to Felix the Cat to even Terry Cruise. It just feels like not all the pieces are there with what viewers have been presented.

Granted, the trailer is very short and only gives a small sampling of what will truly be broadcast, but this feels so out of place and out of character for Disney to do something so basic. Why go all the way out with a full stop-motion special and not do something unique with it? While Mickey rarely makes an unwanted appearance and the film’s creator and director, David H. Brooks, has a palpable passion for it, the promotional material for it leaves much to be desired.

Do you think Mickey can save Christmas? Tell us in the comments below.