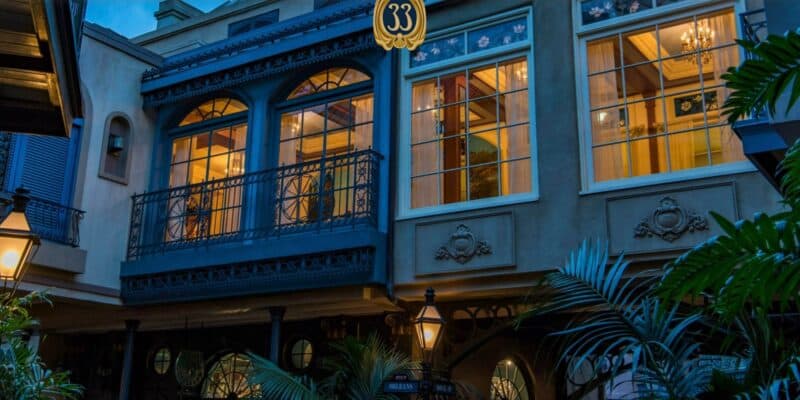 The ladies talked about a recent trip they had both taken with their children to Disneyland, complete with zero meltdowns.

This trip was an extra special one for Kristen Bell and her family. Back in September, Bell and the cast of Frozen had been inducted into ‘Disney Legends’.

Some of these names include-

This year, 14 new Disney Legends were added during the D23 Expo in Anaheim, CA.

According to Kristen, being among these new legends, one of the things you get is a pin, and the pin is apparently a very big deal!

She’s not sure exactly what it gets her yet, but she’s really hoping it gets her into the elusive ‘Club 33’ restaurant in New Orleans Square.

‘Club 33’ was envisioned by Walt Disney, who drew inspiration from the executive lounges at the 1964 New York World’s Fair, the club opened in 1967 and has since held a place of mystery and legend among Disneyland Park guests.

Prior to the 2019 opening of Oga’s Cantina in Disneyland’s Star Wars: Galaxy’s Edge, Club 33 was the only location within Disneyland Park to offer alcoholic beverages.

Members of ‘Club 33’ pay $25,000 dollars initially and a $10,000 dollar annual. But before pulling out your checkbook, just know that the waitlist is around four years long.

So, how does a non-member like Kristen, get in?

The only way that happens, is if a current member invites you.

You’ll be able to buy merchandise, dine in the restaurant, and relax in the lobby. However, you won’t be allowed into the lounge, which is exclusively for members.

Have you ever been inside ‘Club 33’? Let us know in the comments!