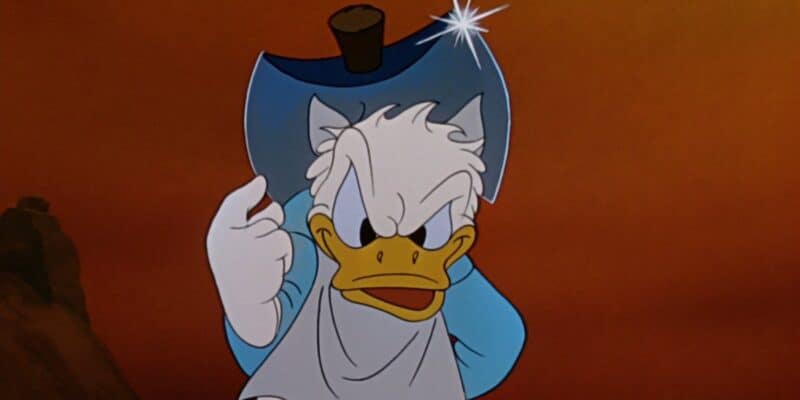 Mickey Mouse might be the leader of the club that’s made for you and me, but he can be a little bit of a one-note actor in some of his animated outings. Enter a certain foul-tempered fowl that was designed to do everything the mouse couldn’t master.

Mickey: The Story of a Mouse is a new documentary that recently gave Disney+ subscribers a more engaging and intimate character study of Disney’s greatest creation. However, it also took a look at the creation of Donald and Goofy and the reasoning behind them. As Mickey’s career progressed, he was cast as the continuous good-guy, the leading man, and the shining beacon of optimism of the studio. While this wasn’t necessarily bad, it did put a bit of a limit on his range for a few years. Fortunately, Donald was the first to step up to the plate when things got a little too hot for Mickey to handle.

As Mickey evolved, it became sort of out of place and almost taboo for him to get angry, frustrated, or even just annoyed. Donald Duck, on the other hand, could throw a tantrum that would make Kylo Ren blush with shame. It’s not that one cartoon character is better than the other, but rather different shorts call for different casting choices.

Where Mickey is wide-eyed and innocent, Donald is rambunctious and more mischievous. Likewise, where Donald Duck is often the butt of most jokes, Mickey is able to work his way out with only his wits. It’s this dichotomy of elements that not only separate the two characters, but complement them as well.

While Mickey has certainly redeveloped his skills in recent years, Donald continues to be the pro at the more outrageous displays of emotion. Even the modern Paul Rudish shorts poke fun at how much of a goody-two-shoes Mickey can be at times. Like Yin and Yang, Mickey and Donald’s personae are born out of necessity. Mickey is the smiling optimist where Donald is the quacking cynic, and they have both made names for themselves in cartoon history with their distinct brands of humor. We wouldn’t have it any other way.

Is Donald Duck Mickey’s opposite, tell us in the comments below!