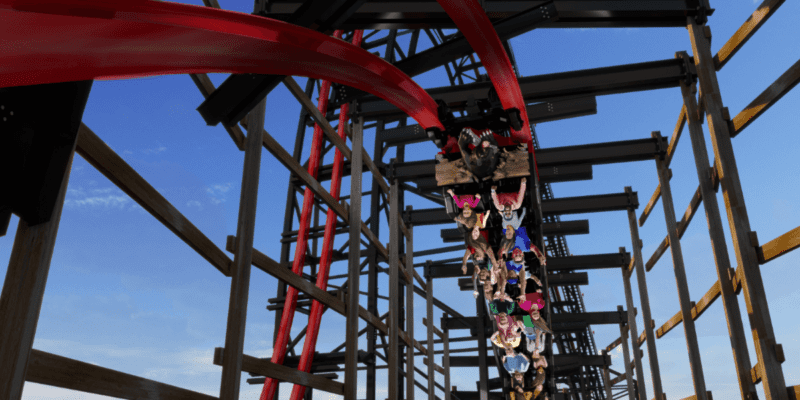 Theme Parks across the country are some of the most popular destinations for families to enjoy a day packed with thrills and fun. While most theme parks are full of mesmerizing entertainment offerings, mouth-watering snacks, shops loaded with souvenirs, fun activities, and so much more, it is no secret that roller coasters are the main attraction at most theme parks, gathering thrill seekers of all ages eager to experience the adrenaline and speed.

Earlier this year, Hersheypark in Hershey, Pennsylvania, announced that the theme park would close one of its most popular roller coasters. Wildcat, a massive wooden track coaster, was Hersheypark’s first roller coaster and remained an icon to the theme park and a fan-favorite since its opening in 1923, with some changes over the years, of course.

While the closure was emotional to many fans, as the Hershey theme park did not announce what it would do with the 3,100 feet of track, a recent update changed that feeling entirely.

You can see the video announcing this upcoming attraction below or click here to watch it.

Wildcat’s Revenge is described by Hersheypark as follows:

Wildcat is back, and seeking vengeance. Our all-new wood and steel hybrid coaster, Wildcat’s Revenge, takes riders through one-of-a-kind thrills found only at Hersheypark. Climb a 140 foot hill, hit max speeds of 62 MPH, dive into an 82-degree drop, invert 4 times, and stalk your prey through the World’s Largest Underflip on three custom trains.

The Pennsylvania theme park announced that this hybrid revival of the beloved attraction would welcome Guests in the Summer of 2023. However, Wildcat’s Revenge has no official opening date at Hersheypark. Inside the Magic will keep you updated as more information is revealed.

Hersheypark worked alongside Rocky Mountain Construction (RMC) to bring Wildcat’s Revenge to life, adding an all-new steel track to the existing wooden framework to enhance the ride experience, length, and thrills. Wildcat’s Revenge is one of the 15 coasters at Hersheypark, with the wood and steel hybrid joining one of the largest and most iconic coaster collections in the United States.

Are you excited about the opening of Wildcat’s Revenge at Hersheypark? Let us know in the comments below!