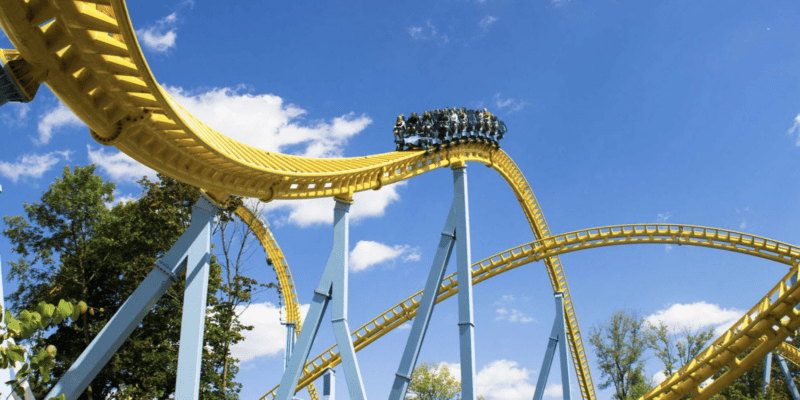 One Guest recklessly climbed near the tracks of one of the most extreme roller coasters in this theme park, endangering his life and the ones of all Guests at the attraction.

Theme parks are supposed to be family-friendly environments where Guests of all ages can have fun and enjoy the different offerings like attractions, shows, games, snacks, and so much more. However, one Guest recently endangered his life and the ones of thirty other Guests when he climbed onto a restricted platform inches away from the tracks of one of the fastest roller coasters in Hersheypark, located in Hershey, Pennsylvania.

The video was posted by @levvy6969 on TikTok. In it, we can see him climbing a wooden roof, getting dangerously close to the tracks of Skyrush. Fortunately, the cart was not in sight at the moment of the video, but the Guest’s reckless behavior could’ve caused a dangerous accident for him and the Guests who were riding the roller coaster at the time.

Many viewers were stunned after seeing the video, with one commenting that if Guests do what the Guest did, the attraction has to shut down. Another user commented, “This is why we can’t have nice things.” The Guest commented he “ain’t even think abt the roller coaster till after [he] got down.”

It is unclear if Hersheypark Security caught the Guest at some point or if the theme park took any action against him, but, as many viewers commented, this behavior is dangerous and worthy of being kicked out of the Park in the best instance or getting banned in the worst.

Skyrush, the roller coaster in question, is one of Hersheypark’s most extreme attractions, taking up to 32 Guests 200 feet in the air at a top speed of 75 miles per hour through 3,600 feet of track. With those spine-tingling specs, this Guest’s reckless actions could’ve ended in a fatal accident, which was fortunately not the case.

Skyrush is described by Hersheypark as follows:

What do you think of this Guest’s behavior? Let us know in the comments below!