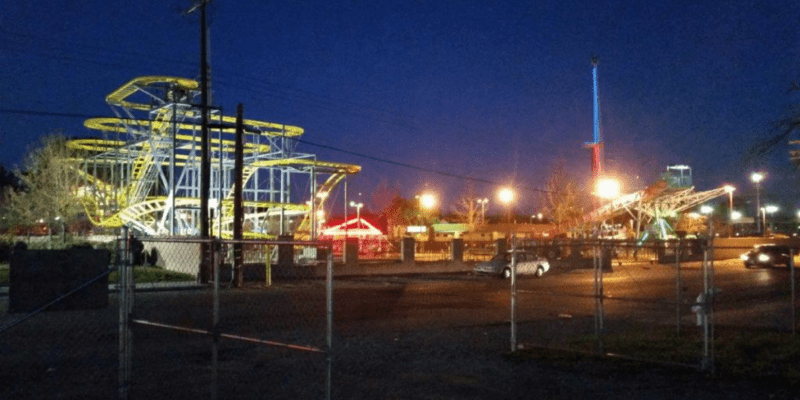 Four teenagers were left stranded 65 feet in the air after a roller coaster malfunctioned, waiting to be evacuated as soon as possible.

The incident occurred on Monday, November 21, at around 6:46 p.m. at the Scandia Fun Center in North Highlands, about 10 miles outside of Sacramento. First responders were called to aid the evacuation after theme park technicians failed to free the car electronically or manually.

General Manager Brian Nichols reportedly spent much of the afternoon inspecting the ride as he’s “the one that put it together,” saying, “I know it best.” Nichols commented that when the attraction reached a section of track that had a designed brake to slow it down, said brake slowed the ride too much, which caused the girls’ car to come to a complete stop.

The incident took place on the “Crazy Dane Coaster,” which was last inspected by the state in April, with no significant issues detected, according to KCRA. Every ride at the Scandia Fun Center is required to have a pre-announced inspection once a year during business hours.

Nichols said, “This particular incident doesn’t happen very often. I think the last time it happened was about four years ago, and we were able to address it within about a half hour. One of us was on-site. I happened to not be on site last night.” Crazy Dane Coaster remained shut down the day after the incident, but the rest of the amusement park was open for Guests to enjoy.

Nichols spent Tuesday on the tracks of the roller coaster to perform maintenance and have a better understanding of what caused the malfunction. He also realigned the cars, which he says is necessary and, if not done, can cause stoppages. Nichols was confident that there was no safety concern between his inspections and the state’s.

The girls were reportedly given treats, ride tickets, and tickets to return to Scandia Fun Center at a later date.

Have you ever been evacuated from an attraction? Tell us about your experience in the comments below!