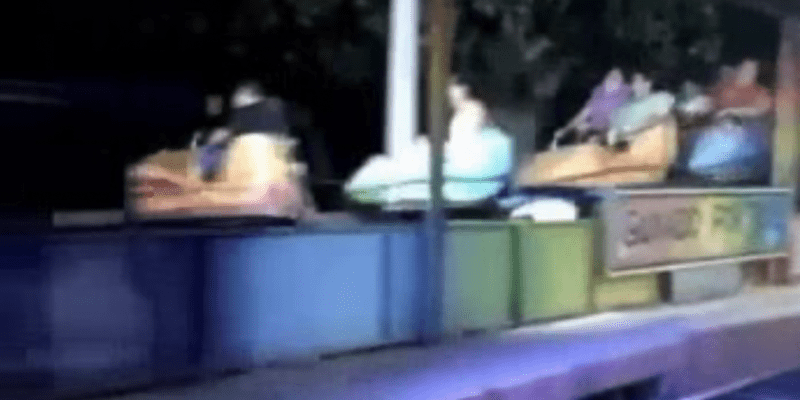 No matter what theme park you visit– whether it be a Disney Park at Walt Disney World Resort or Disneyland Resort, or if be another across the country like Universal Orlando Resort, Universal Studios Hollywood, Six Flags, Busch Gardens, SeaWorld, Cedar Point, or any other, you want to know that you’re safe.

However, a recent visit to an amusement park left 10 injured.

Shocking footage showed the moment the cars came off their track on the ride at the amusement park in Maranguape, Ceara state, in Brazil this past week.

A female teacher who chose to remain anonymous was on the ride at the time and was thrown to the ground by the impact. She recounted the incident to the local media.

“We went up and heard the rollercoaster creaking,” she said. “The second time we went down fast and when it was the third time it broke. A car overturned with two girls in it and I was thrown out… “The pressure was great, it was terrible, even now my mental health is shaken, as something worse could have happened.”

The boy who filmed the incident shared that three girls were thrown out of the cars as the track broke.

“It was on the ride’s third lap. The rollercoaster track broke, throwing three girls out,” he said.

This isn’t the first crash to happen recently at an amusement park. Footage showed a drop tower ride at an amusement park in India just last week. The most notable accident to occur happened this past spring when 14-year-old Tyre Sampson tragically fell to his death at ICON Park in Orlando.