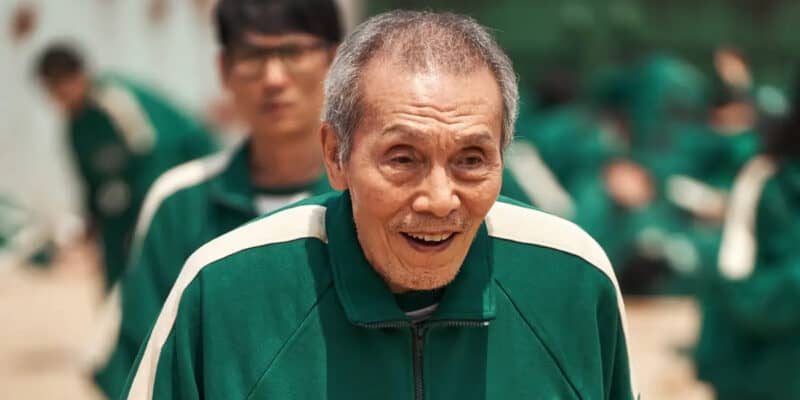 Celebrities and actors aren’t perfect, but this shocking turn of events for Korean actor, Oh Yeong-su is bizarre.

Last year, fans got a surprising Netflix series that became an instant hit. Squid Games. The series followed a group of poor or desperate Koreans who wanted a chance to get rich. The price? Play dangerous games and hope you end up on the winning side. These games were childhood games like tug of war, but if you lost, you usually ended up dead.

Squid Games showed some unique characters making the journey more enticing as you never knew who would make it. In the end, only one contestant made it out alive, but fans were shocked by one of the character’s performances. Oh Yeong-su was the elderly contestant in the series who ended up living longer than fans expected and even won a golden globe for his performance.

Now, at age 78, Variety reports that the actor is in some trouble. Back in 2017, he allegedly touched a woman inappropriately, and she filed a complaint last December. In April, the investigation was closed until the victim requested for the case to be reopened. Afterward, Oh was indicted on sexual misconduct charges, but that’s not the end of the story.

According to the AFP news agency, a Suwon Court official stated that “everything reported by local media is not factually correct.”

Oh believes he is completely innocent and denies all accusations as he states he only helped her by guiding her hand while walking near a lake:

“I just held her hand to guide the way around the lake. I apologized because [the person] said she wouldn’t make a fuss about it but it doesn’t mean that I admit the charges.”

It’s unclear what Oh’s future will look like, as the charges might be up in the air if he is innocent. With so many sexual assaults and misconduct charges happening, it’s easy to believe that some are false, but that doesn’t mean Oh isn’t responsible. Without more facts, it’s hard to know, but the Squid Games star might be done with acting after this scandal is finished.

What are your thoughts on Oh Yeong-su’s indictment?