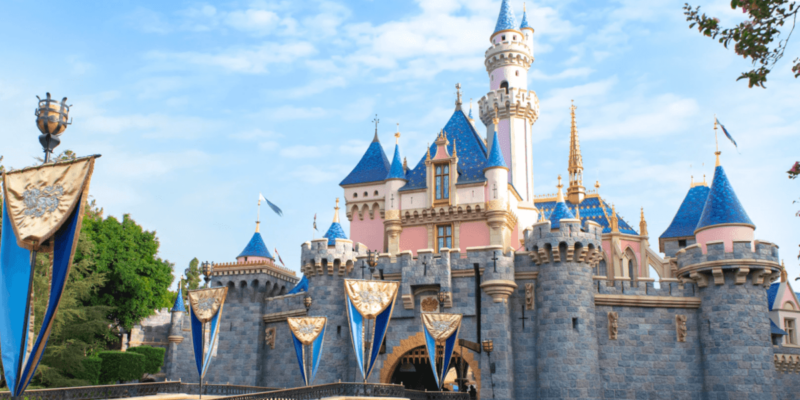 “The Happiest Place On Earth,” also known as Disneyland Resort, sure has some unhappy people from time to time.

While the vast majority of Disney Park Guests who visit Disney California Adventure and Disneyland Park are met with magic, smiles, and memorable times, that doesn’t mean that this is the case for absolutely everyone.

Even in the midst of enjoying iconic attractions like Haunted Mansion, Pirates of the Caribbean, Jungle Cruise, Indiana Jones Adventures, and others at Disneyland Park; and rides like The Incredicoaster, WEB SLINGERS: A Spider-Man Adventure, Guardians of the Galaxy: MISSION BREAKOUT, and Radiator Springs Racers at Disney California, some Guests still find themselves miserable.

Some of this is due to massive crowding and line queues with unreal wait times depending on when you visit. Others see their time ruined due to the rude behavior of others. Others share that they’ve gotten upset over a plethora of issues, including Disney Genie+ and Lightning Lane, experiences in restaurants, and many other things.

Just recently, another Guest seemed to have their trip ruined when they had a verbal altercation that spread to both multiple Guests and Disney Cast Members.

One Guest shared the wild encounter with a person they called a “Karen” at Disneyland recently:

“I was standing behind this woman in line when she steps off to the side when there was a big empty space. I thought maybe she wanted to lean against the wall or something so I just stayed where I was. I moved over to let some people go by and she goes off on me about her still being in line. I say that I knew she was in line and I was just letting these people pass by. Thinking that we were done I was surprised when she tells me she needed space as I kept standing behind her in line and she could always sense that I was behind her and she needed me to be far enough back that she didn’t know I was there. Not wanting to get into an argument I tried keeping about 4 or 5 feet between us when a cast member sent us to two different lines. My line was going a little faster and I saw her complain to the employee. Then I saw her getting into a heated talk with a guest next to her. Then another heated argument with another guest. Just as I turned the corner I saw her yelling at a new employee, the last thing I hear is her yelling “there’s no way you can make this right!”

The last thing they heard the Guest say during the experience was “there’s no way you can make this right!”

Disney Cast Members work hard to make things right when something does go wrong, but nothing described in the story above would really seem to indicate that the Guest was “wronged” or that anything needed to be fixed.

It’s important to show common courtesy to both fellow Disney Park Guests and Disney Cast Members during your trip, whether it be at Walt Disney World Resort or Disneyland Resort. Unruly behavior can result in being removed from an attraction queue, removed from the theme park altogether, and can even get the police involved depending on the severity of the behavior.

What do you think of this altercation? Let us know in the comments.