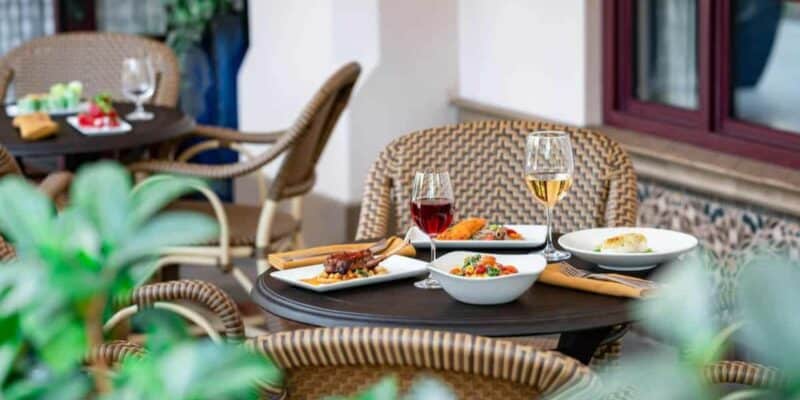 One of the experiences that makes Disney Parks visits special is not just the rides, the parades, or the characters, but also the dining experiences. Whether you’re getting a snack, stopping by a quick-service meal location, or having a pricier meal at one of the sit-down themed restaurants, you’ll most likely have a memorable experience each time.

Some restaurants at the Parks require reservations, and sometimes Guests need to cancel due to an unexpected issue. And as we learned earlier this week, there has been a modified Disney World dining cancellation policy. Originally thought to be a glitch, this has been since confirmed by Disney. And now, it looks like the same thing is happening at Disneyland.

A Tweet from reporter Scott Gustin stated that the Disneyland Resort has modified its dining policy to reflect that of the Walt Disney World Resort:

NEW: Disneyland has modified its dining reservation policy to allow cancellations without penalty up to 2 hours prior to reservation time at most restaurants. The previous policy was one day prior.

NEW: Disneyland has modified its dining reservation policy to allow cancellations without penalty up to 2 hours prior to reservation time at most restaurants. The previous policy was one day prior.

As noted in this Tweet, Disneyland’s previous dining cancellation policy had indicated that if Guests were to cancel their order less than one day ahead of time, they would be charged $10 for a “no-show” fee. Now, Disneyland follows in Disney World’s footsteps by having the cancellation window be at least two hours ahead of the reservation to avoid a fee.

However, it does not appear that the Disneyland Resort has updated this policy on its website, as it still reads as such:

You can cancel your dining reservation online or with the Disneyland app.

If you have not yet linked your reservation to your Disney account, you will need to do so before cancelling it online or with the Disneyland app.

Restaurants offering advance reservations charge a per person cancellation fee for reservations cancelled after the designated period or for no shows. Each restaurant at the Disneyland Resort maintains its own cancellation policy, so be sure to confirm the policy before finalizing your reservation.

When booking online or in the Disneyland app, please refer to the cancellation policy provided at the time of booking and in your email confirmation.

This new policy does not appear to be a glitch, and this will most likely stay in effect, given that this policy has already been active at Disney World. We will keep you updated should anything change.