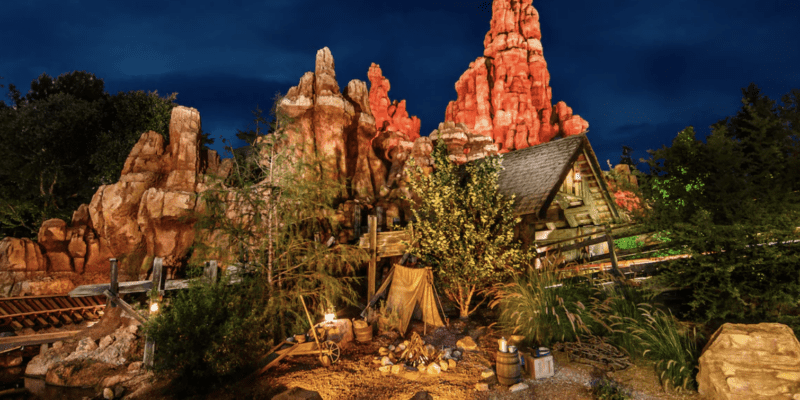 Disneyland Resort and Walt Disney World Resort are known for their attention to detail, in particular, their decorations and cleanliness.

However, since the pandemic, many Disney Park Guests have noticed an uptick in the trash around the theme parks.

There have been numerous photos shared on social media at Disney Parks— whether it be in Magic Kingdom, EPCOT, Disney’s Animal Kingdom, or Disney’s Hollywood Studios at Walt Disney World, or Disneyland Park and Disney California Adventure at Disneyland Resort– in which we can see trash cans and much more overflowing.

A recent trip to Disneyland left one Guest “disgusted” by what they saw in the line queues of several Disney rides, in particular Big Thunder Mountain Railroad and Indiana Jones Adventure.

“We were there yesterday and the amount of discarded Turkey legs and corn cobs just left in the queue – 2 in Indy, one on a bench by the popcorn at Big Thunder stood out – was disgusting,” one Guests shared. “I don’t blame the staff, they can’t be everywhere. But WTF were these Guests thinking!? “I’m done with this Turkey leg, I’m just gonna leave this giant bone here on the wall ledge of Indy!”

In the social media thread, one Disney fan said they believe it has to do with the attitude of many Guests.

“People are just getting more and more lazy and disrespectful. Leaving their trash anywhere thinking  ‘it’s not my problem'”, the Guest shared.

Another fan said they believed the issues are Disney’s fault and that if Cast Members were paid more, the problem would be resolved.

“This could be solved if Disney paid their cast members a living wage more people would want to work for them,” they said.

Disney Cast Members work hard to keep the Parks clean, but there are times when trash gets backed up. As a common courtesy, Guests should at least work to dispose of their own trash properly and not leave litter in line queues or areas that aren’t mean to hold trash.

Have you noticed cleanliness dwindling at Disney rides? Let us know in the comments!