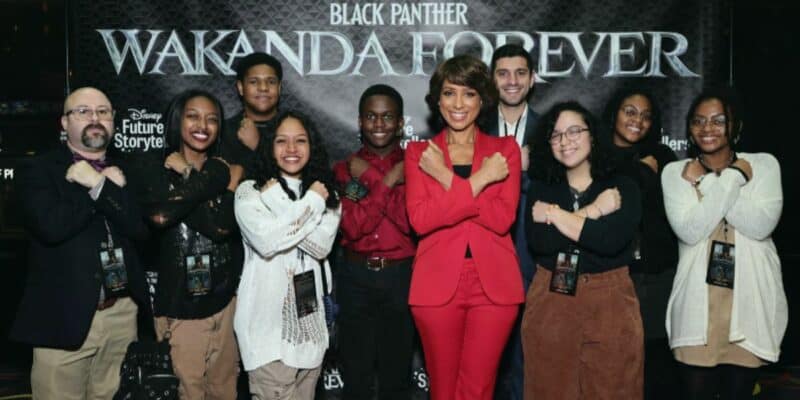 In conjunction with the film’s release, Disney has announced today that they will be awarding $1 million in grants to help support youth in STEM and the arts. These funds will go toward education for youth from underrepresented communities.

The goal of the grant is to encourage and empower kids and young people to pursue careers in the fields of media, technology, and the arts. This goal pairs well with the release of Black Panther: Wakanda Forever, as the hope is that after watching the film, young people will be inspired to follow their passions, develop skills, and believe that the sky is the limit to what they can achieve.

The organizations receiving these funds include The Hidden Genius Project, Girls Who Code, DonorsChoose, and the Ghetto Film School in the U.S.; Chicas en Tecnología in Argentina; and Destination Imagination in Asia Pacific.

Disney hosted screenings of Black Panther: Wakanda Forever in communities across the U.S., including cities like Los Angeles, New York, Atlanta, and Oakland. These screenings were put on by Disney to celebrate how these nonprofits are inspiring and transforming the lives of young people for the better.

Those who are impacted by these organizations, including teens and young adults, attended these screenings which included photo opportunities, a red carpet, and even a video message from the film’s cast. What made it even more impactful at the Los Angeles screening was that the Dora Milaje (Wakanda’s all-female special forces) showed up as a special surprise.

Besides Disney, even the retail giant Target, in partnership with AMC Theatres, was able to hold more than 130 community screenings as well for nonprofits in 10 different markets. Because of both events, more than 25,000 young people were able to view the film before its release today.

Here’s just a snippet of what happened at the film’s premieres:

These types of efforts are part of a bigger mission: Disney Future Storytellers. This ongoing effort aims to empower young people and the generation coming up, especially in underrepresented communities. The hope is that through means like scholarships, mentoring, technical skill-building, and other educational programs, these youth will be able to find a successful career path in fields like media, technology, entertainment, and more.

Are you going to see Black Panther: Wakanda Forever in theaters? What are you looking forward to most? Share your thoughts in the comments!