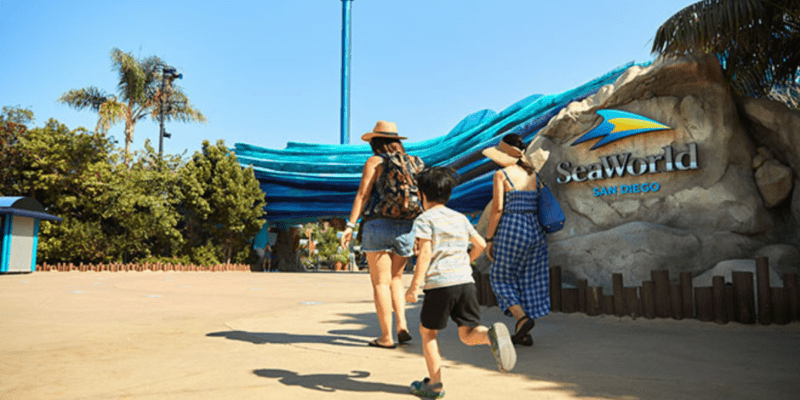 Surprisingly, a major California theme park is nearly $10M in debt, and the city is demanding immediate payment.

Over a year after the city of San Diego, California, warned SeaWorld for the first time about their delay in rent payments, local authorities have renewed their demands, requesting the California theme park to deliver a check for nearly $10M.

The latest update to this request comes after a formal audit from the city’s treasury which confirms that the California theme park owes $9.7M due to delayed rent payments, adding nearly $12,000 to cover the expenses of said audit. SeaWorld San Diego is the only business — from about 800 renting from the city — that has failed to fulfill its payments, said Penny Maus, Director of Real Estate and Airport Management for the city of San Diego.

SeaWorld had reportedly rejected previous offerings of a deferred payment plan, arguing at the beginning of the COVID pandemic, when all theme parks across the country were forced to shut their gates, that the Park was not required to make its rent payments as long as there were mandatory closures. However, city officials disagreed, arguing that there was nothing in the lease, the law, or the city and the state’s emergency orders that would justify this statement.

Maus said that SeaWorld was the only tenant who rejected a support plan introduced in 2021 and that the theme park is the only business still behind on its payments. Maus added that, while the program is officially closed, the city tried to offer SeaWorld a similar plan earlier this year but has not received a formal response.

Over the last year’s negotiations, SeaWorld officials argued that the theme park deserved special consideration because, unlike other businesses, they could not reduce their costs during the extended closure, as stated by Jay Goldstone, Interim Chief Operations Officer for the city of San Diego. Per Goldstone, SeaWorld argued that, while the theme park was not welcoming Guests at the time, they still had an extensive menagerie to look after, animal rescues to handle, and attractions that had to be periodically operated to ensure they were still functional.

While SeaWorld does not publicly share its theme park income or attendance, the monthly payments indicate how well the San Diego theme park is doing, as they are calculated based on a percentage of the Park’s income. These numbers were particularly robust this summer, as SeaWorld paid over $2.2M to the city of San Diego in July. In comparison, the payment from July 2019, before the pandemic struck, was nearly $1.9M

SeaWorld is planning to draw even larger attendance by opening an all-new attraction, Artic Rescue. The brand-new family coaster is scheduled to open in 2023, and you can click here to learn more about this exciting project.

Should SeaWorld be penalized for this extended delay? Let us know what you think about this situation in the comments below!