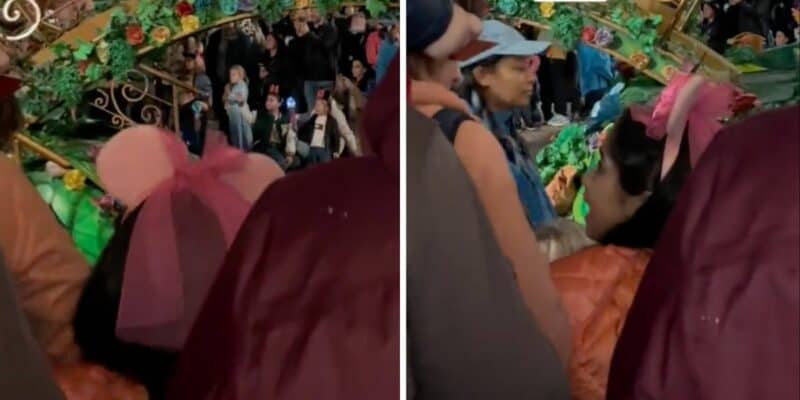 Anyone who has ever visited the Disney Parks and Resorts knows that crowds will be an issue. The days of an “off season” seem to be long gone, with massive crowds filing into Walt Disney World and Disneyland on a daily basis. This means that Guests need to be prepared in order to make the most of their day.

Related: “Snapped” in Half, Man Plans to Sue Theme Park After Nasty Injury

Of course, possibly the biggest issue Guests will face is waiting in line for rides, attractions, shows, and parades. The Disney Parks have some truly iconic experiences like Haunted Mansion and Pirates of the Caribbean, and these rides easily reach over an hour wait on any given day.

The same goes for I’ve shows and entertainment like the Indiana Jones Epic Stunt Spectacular at Disney’s Hollywood Studios or Fantasmic! at Disneyland and Walt Disney World. However, the largest crowds may occur during the nightly firework shows and parades.

No matter the circumstances, it’s important to treat other Guests with respect. Unfortunately, this was not the case in a new viral video.

A video of Disneyland Paris gained a lot of traction the other day after showing what appears to be a grown adult shoving a small child out of the way during a parade. The video was shared on TikTok, and Twitter, receiving quite a lot of views and comments:

From day to day the human impresses me (Translated)

As you can see, a young girl approaches the front of the crowd as the show goes on. Shortly after, the adult next to the child looks at her and shoves her quite intensely out of the way. The child then comes back to the Guest who is filming.

We aren’t sure of the exact details of this incident, but it’s quite disheartening seeing an adult Guest treating a small child with such disrespect.

Disneyland Paris is home to two Parks as well as a brand new version of Avengers Campus at its Walt Disney Studios Park. Here, Guests have the choice between two new attractions as well as various encountered with iconic Marvel characters like Iron Man, Spider-Man, Black Widow, and more. This addition has certainly drawn a lot more Guests into the Resort.