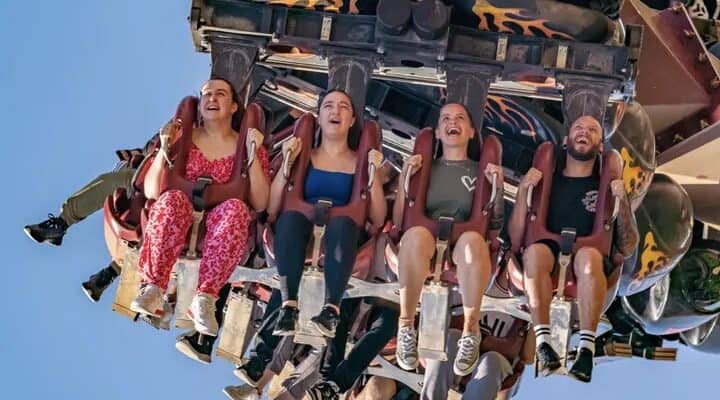 One of the world’s most well-known theme parks is once again under fire for not being completely accessible for all types of Guests — and this time the paying visitor was left completely “mortified” when the team member brought up her chest in front of lines of other people.

Yes, the Guest’s breasts caused a safety hazard at the theme park, leaving her unable to ride multiple attractions.

Related: Theme Park Safety Experts Share How to Know Your Restraint Is Safe

Of course, theme parks worldwide have numerous health and safety measures and protocols in place to support the Guest experience and ensure that there is no risk to the Guest while experiencing attractions. That being said, not all theme park rides are accessible for all types of Guests, and information about who can ride will be found on the respective Park’s website ahead of a visit or while at the location on the day of a visit.

However, one Guest visiting Alton Towers competitor Thorpe Park Resort in the United Kingdom did not anticipate that her breasts would make her unable to ride multiple rides at the leisure destination.

Speaking to The Sun, Ellie Scott, 27, reported how her size 38E breasts caused her visit to Thorpe Park, found in Surrey, England, to become completely unenjoyable, causing a state of embarrassment and a relatively unused £200 (approx. $230) ticket. The disgruntled Guest’s experience, as told by The Sun, went as follows:

Carer Ellie was allowed to board The Swarm, Stealth and Nemesis but had to get off each ride because the safety restraints would not click into place. Ellie, who has visited 40 theme parks before without issue, was told in front of queuers: “Your chest is too big.”

“Everyone was staring at me. I was mortified. I don’t know if they have underestimated boob sizes there. I’m a cup size E but I don’t think that is massive. I was just wearing a normal black sweater so I have no idea where the explanation came from.”

Her husband, Josh, was told by Thorpe Park employees to “Bring someone else next time.” The couple was refused a refund for their tickets but offered a chance to return to the theme park to reuse them at a later date.

Have you ever been embarrassed by a theme park employee in front of others? Let us know in the comments down below!