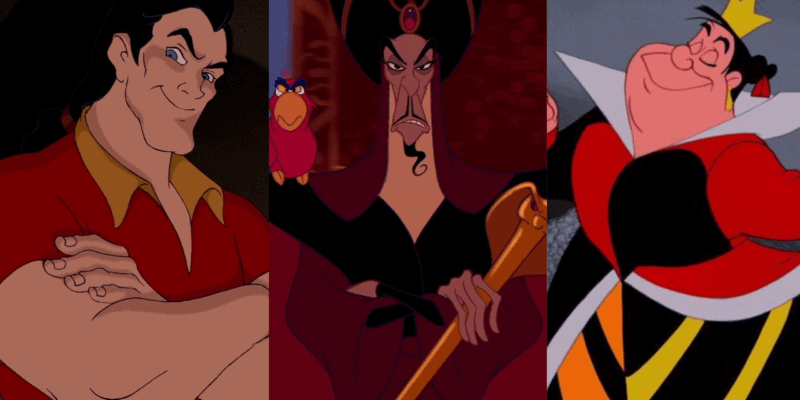 The Disney villains are one of the most popular franchises under the studio’s name, but in spite of the love for characters like Scar, Maleficent, and Captain Hook, Disney really hasn’t seen a classic villain in years.

When most fans think of a classic Disney villain, images of Cruella De Vil, Hades, and Jafar are the first that come to mind. Truly wicked individuals who do their best to give us their worst, Disney has created some of the most notorious fiends in all of modern fiction, but recent entries in their collection of animated classics have been severely missing the presence of an iconic and over-the-top antagonist. With maybe the exception of Tamatoa from Moana, Disney really hasn’t had a true-blue villain since Doctor Facilier in The Princess and the Frog.

Disney has been going through a bit of an experimental period since the Frozen movies came out, dealing with stories and narratives that don’t really require the traditional good-vs-evil scenarios. Lately, the antagonists of Disney’s films are more misunderstood forces of conflict rather than outright bad guys. While there’s certainly an audience and a place for that, many fans are taking notice, and some are even growing annoyed at the absence of a classic villain character.

While it’s noble of Disney to invest their creativity in crafting stories that are more mature and complex, that doesn’t mean certain tropes they’ve created have gone out of style. On the contrary, the Disney Villain archetype is one that even their competitors have relied upon for some of their animated antagonists. But in order to thoroughly understand why their inclusion is so important to the Disney formula, we need to look at what makes Disney’s brand of bad guy so iconic.

Disney Villains are some of the most eclectic casts of characters in any form of animated medium, but they do all share some common motifs. Take a look at characters like Cruella De Vil, Scar, and Jafar. While these three are all different characters from different time periods, settings, and genres, they are all bound by a minimum of three common components. They all have distinct looks that separate them from the main cast, they all have arguably the best songs in their movies, and they’re motives for their acts are all simple and selfish for their own benefit.

The villains are quite frequently more intricately designed than the heroes/heroines the audience is supposed to root for. Some artists, like Marc Davis and Andreas Deja, have even built their careers on drawing and designing such iconic characters. Thanks to them, Maleficent has her iconic horns, Cruella has her billowing furs, and Scar has his lush mane and lanky frame. All it takes is a look and viewers know these characters are not to be trusted.

For many fans, the best part of a Disney musical is their theme song. While fans will always be moved by “God Help the Outcasts,” it’s “Hellfire” that gets the most replays on The Hunchback of Notre Dame’s soundtrack. The villains typically only get one musical number to express themselves, and they need to make every verse count. That’s how fans wind up with such sinister showstoppers such as “Be Prepared,” “Friends on the Other Side,” and “Poor Unfortunate Souls.” Suddenly, “Part of Your World” isn’t quite as fun as Ursula’s big and brassy Broadway-worthy performance.

Modern Disney villains might have the first two factors, but Disney hasn’t had a genuinely evil character in years. Recent villains like Zurg, Te-Ka, and even someone like Bellwether all do bad things, but there’s reasoning and inciting action that pushes them over the edge. Not since Doctor Facilier has Disney created a villain that are evil for their own benefits or desires. Complex characters are always a plus to any work of fiction, but sometimes it’s okay to return to the original formula. Even remade versions of classic Disney villains like Maleficent, Scar, and Cruella De Vil  need some form of emotional trauma or painful backstory to rationalize them. It’s a creative approach, but it takes away a certain element of the villains’ characters.

Times and audiences change, that’s never going to be disputed, but that doesn’t mean there isn’t still an audience for the way villains used to be. Next to the princesses, the villains are some of Disney’s most iconic set of characters with their own merchandise, franchise, fandom, and even Disney Parks events featuring Disney’s finest fiends. Hopefully, this is only a cultural phase and not the extinction of a beloved trope.

Has Disney retired their classic villains? Tell us in the comments below!

Comments Off on What Happened to Disney’s Villains?