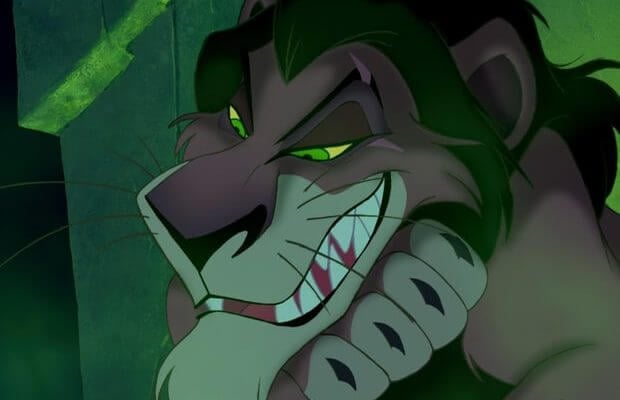 The Walt Disney Company and Walt Disney Animation Studios have built a reputation over the years for stellar animation and pioneering in the film and television industry – with the world being introduced to Walt Disney‘s genius in groundbreaking Steamboat Willie (1928) and the first-ever full-length animated feature film, Snow White and The Seven Dwarfs (1937).

But every good hero needs an equally evil villain.

What is a Disney Villain?

The “Disney Villain” has become synonymous with super-camp, no-holds-barred, deliciously malevolent antagonists, starting from Snow White‘s Evil Queen, all the way to present day. They provide the much-needed obstacle that Disney’s protagonists face, and who wants an easy hero story?

How do we define “the worst Disney Villain“?

Now the definition of “worst” is typically quite subjective — here, we aren’t going with the technical dumbest, but more of the least… well, memorable.

In the realm of Disney Villains, it is arguably being forgettable that is the most serious transgression, you can make. There are a multitude of villains who make arguably silly decisions and end up aiding more than hindering.

Generally, being not all too memorable is also likely to leave you out of the Villain Hall of Fame — and ultimately, this list.

So who are the five worst Disney Villains ever made?

Anyone remember Rourke (James Garner)? The surprise twist villain of Disney’s also much-forgotten (and to be fair, underrated) Atlantis story?

One of the big problems with him is that he’s a bit too much of a sleeper villain — Atlantis doesn’t really do much to make you believe he’s a bad  guy at first. For most of it, he comes across as a supportive member of Milo Thatch’s (Michael J. Fox) expedition team.

His reveal is maybe a bit too good though, and his character more trope-y than overly campy, so his “twist villain” status isn’t as memorable as that of Hans in Frozen (2013) for example. It’s not very clear “Disney Villain” messaging from the get go.

But he’s a military commander who “wants to be more aggressive than necessary” — yes, he pulls a bit of a “Clayton” from Tarzan — which maybe was hint enough that he was going to end up as the Big Bad in this movie.

Jenny Slater plays Bellwether in Zootopia (or Zootropolis if you’re in the UK), as yet another surprise twist villain.

Although the movie itself is very objectively good, its final villain is perhaps a little disappointing for some — although others might say that this is the intent of the character to begin with.

Bellwether is a diminutive sheep who acts as the (former) assistant to the mayor of Zootopia. It’s quite a shock for some, when her twist is revealed after being made to appear sympathetic for most of the film.

Perhaps it’s a testament to the Disney Animators’ ability to handle a concept like “make your Disney Villain as unobtrusive and innocent looking as possible”.

Home on the Range is another one of those oft-forgotten Disney films.

With a film score and music by the Disney Legend Alan Menken, and being one of the last 2D animated films from Disney, it’s an enjoyable enough movie — but as a film too frequently overlooked. It’s natural that the villain of the show, Alameda Slim, who uses… yodeling to control livestock and cattle.

It’s one of those “this is too crazy” characters and plots that result in the overall forgetting of the character or scene in question, purely because it’s SO out there as a concept.

Well he’s the faithful butler to the rich aristocrat and former opera singer Madame Bonfamille (full name: Madame Adelaide Bonfamille) (Hermione Baddeley) — until he discovers that the Madame is planning to leave her fortune with her cat Duchess (), that is.

The revelation kickstarts some serious hatred and villainous plotting, but ultimately, he’s foiled by a bunch of cats.

And thus, he makes it to second place in the ranking.

If you have any idea who this guy is, or even remember the movie he’s from — I’ll give you a hundred bucks.

I doubt you even remember that Kazar was voiced by William Shatner (of Star Trek Captain Kirk fame), or that he was a megalomaniacal wildebeest hybrid who founded a cult based around a cuddly koala toy inside of a volcano. Or even remember that he got crushed to death by falling rocks inside of said volcano.

But you might remember that The Wild, that came out in 2006, and was frequently compared to DreamWorks Animation’s 2005 hit, Madagascar — yes, the near identical “clone” in terms of concept and plot. Some say there was corporate espionage involved that had Madagascar premiering in theaters first, although we’ll likely never be fully sure.

But to be frank, if “Kazar the Evil Wildebeest from The Wild” has or ever will make it onto any “Best Of” lists, I’ll be genuinely surprised.

Overall, Disney Villains are almost a must for any classic Disney film — that is, unless the show in question is relying on wider concepts like “inter-generational trauma”, like in the recent Disney Pixar’s Turning Red (2022) or Encanto (2022). The success of a given Disney property is not wholly dependent on the memorability and “iconic-ness” of its villain — but it is significantly helped. Every Disney princess needs someone to hate her, after all.

Although Cruella de Vil never murdered a single puppy in One Hundred and One Dalmatians / 101 Dalmations (1961) for her fur coat, nor did Yzma and Kronk ever accomplish much of anything in The Emperor’s New Groove (2000) — they’re still iconic as Villains of Disney, and will likely stand the test of time — perhaps unlike some on this list.

What do you think of the worst Disney Villains? Share your thoughts in the comments below!