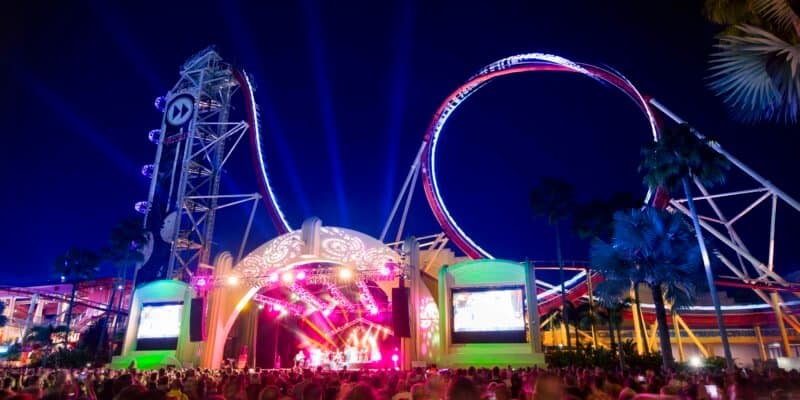 Universal Orlando Resort has announced that a beloved will return yet again.

But, the celebrations won’t end there.

Universal has announced that “Florida’s biggest party” will return for another year. Of course, we’re talking about the fan-favorite Mardi Gras celebration.

Next spring, Universal Orlando Resort will take its fan-favorite Mardi Gras celebration beyond the bayou with Universal’s Mardi Gras: International Flavors of Carnaval – running daily from February 4 through April 16, 2023, at Universal Studios Florida.

The parkwide celebration will transform Universal Studios Florida into Florida’s biggest party, complete with mouthwatering cuisine inspired by Carnaval celebrations from New Orleans to Brazil to Belgium and beyond – plus a lively parade filled with vibrant floats where partygoers can catch beads by the handful. And on select nights, Guests can cap the festivities with live concerts by top names in music.

Access to Universal’s Mardi Gras: International Flavors of Carnaval is included with regular admission to Universal Studios Florida.If you’ve never taken in the sights and sounds of Mardi Gras at Universal Orlando, this coming spring is the perfect time to do so.

More details about the event – including the concert lineup and dates, the delicious selection of food and beverage Guests can sample, and the spectacular parade theme – will be revealed soon. For more information, visit www.universalorlando.com/mardigras.

Universal is home to two world-class theme parks in Universal Studios Florida and Universal’s Islands of Adventure, as well as Universal’s Volcano Bay water park. Currently, the Resort is in the midst of constructing the Epic Universe, which will be the largest Universal Park in the world once completed.

Are you excited for Mardi Gras at Universal Orlando Resort? Let us know in the comments!