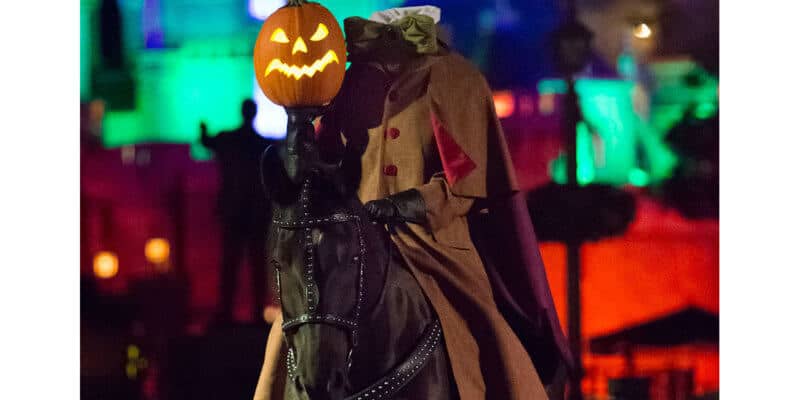 Disney’s adaptation of The Legend of Sleepy Hollow is easily one of the most beloved, watched, and surprisingly accurate. Still, the famous Headless Horseman isn’t bound to the pages of a book or an animation cell alone. 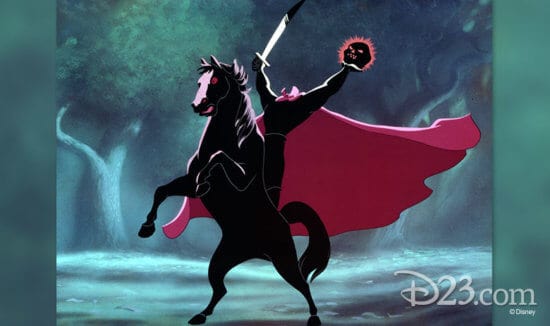 Since Disney’s galloping ghost first hit the screen in 1949, the Headless Horseman has had quite an impressive career under the wings of the Disney company. From terrifying a certain bird-like schoolmaster to appearing in Halloween specials, merchandise, and even making a Disney Park debut for Mickey’s Not So Scary Halloween Party, the Horseman has truly broken out of his shell in the 73 years since Disney brought his restless spirit to life.

Appearing in the original short story by Washington Irving, the Headless Horseman is practically a mandatory ingredient for a traditional Halloween, especially for Disney fans. Before Jack Skellington and his friends from Halloween Town led the charge, The Adventures of Ichabod and Mr. Toad was the time-honored Halloween watch under the Disney name. The second half of the feature is arguably the biggest reason for watching, and its third act undoubtedly influenced many horror directors like Tim Burton and Sam Rami and likely inspired some nightmares in the process.

Movies and specials aren’t the only place Disney fans can spot the Headless Horseman, as he has frequently been seen in the Disney Parks as the grand marshal leading their Halloween parades. On occasion, the Horseman has also been seen at his own Meet-and-Greet at Disney’s Fort Wilderness Resort in Walt Disney World. However, perhaps the horseman’s most true-to-form contribution to the Parks was his own haunted attraction during Hong Kong Disneyland’s Halloween Time Festivities.

Related: A Nightmare On Main Street: A Look-Back At Disney’s Haunted Mazes

Revenge of the Headless Horseman involved a traveling carnival sideshow that featured the Horseman’s missing head on display in the circus freakshow. The titular ghost was understandably enraged at his head being used in such a demeaning manner, so he sought vengeance against the performers and anyone who got in his way. Understandably a dark turn for a company as wholesome as Disney, but not without its success. The attraction returned yearly until it was replaced around 2016.

What’s truly remarkable about the Horseman’s extended career is the fact that so few villains, Disney or otherwise, reach quite the cultural impact he has had. While he was certainly a seasonal fixture long before Walt Disney brought him to the big screen, the animated version still remains the most tried and true variation of the famous Headless Horseman of Sleepy Hollow.

Have you seen the Headless Horseman? Tell us in the comments below!

Comments Off on The Horseman Rides Out: The Headless Horseman’s Appearances Outside Sleepy Hollow