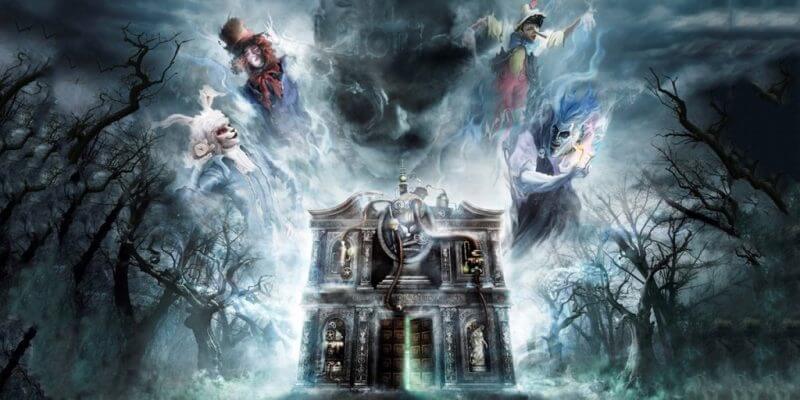 When one thinks of haunted attractions with special effects, grotesque monster makeup, and costumed horrors waiting to scare guests around every corner, they typically feature a Scarezone or haunted house at Universal’s Halloween Horror Nights.

However, there was a time in Disney’s history that the home of Mickey, Minnie, and all the rest of the animated bunch took a walk on the dark side, and the results were nothing short of nightmare-inducing. For a few years, Hong Kong Disneyland ran their own version of Halloween Horror Nights, complete with a handful of frightening haunted attractions, some of which were quite disturbing.

As demonstrated with films like The Black Cauldron, Watcher in the Woods , or Something Wicked This Way Comes,  Disney is certainly no stranger to showing their dark side. However, the lengths and measures of absolute horror that went into creating the mazes during the park’s Halloween Time festivities were sensationally shocking. While a few of the mazes were tamer than most, such as the ones featuring a visit from Jack Skellington and his friends from Halloween Town, others were something no one would ever expect from a company like Disney.

The first mazes consisted of typical creepy settings like a haunted hotel on Main Street inspired by the Haunted Mansion, a treacherous jungle where tomb raiders are beset by demons, and a victorian boarding school where students were tortured. All were walkthrough attractions with scare actors, special effects, and other such things one might find in something from Halloween Horror Nights. However, things took a much more interesting turn. when the Disney Villains got involved.

One of the recurring haunts was Revenge of the Headless Horseman, a carnival sideshow attraction where an ambitious showman acquires the head belonging to the infamous galloping ghost. Of course, the Horseman doesn’t take too kindly to his captured cranium being put on display at a circus’s freakshow. Naturally, he sought vengeance against the performers and heads soon rolled right down the middle of Main Street, U.S.A.. This was a popular attraction, and it made several returns, but it was tame compared to a set of mazes known as “The Nightmare Experiment.”

2016 saw a new maze replacing the Headless Horseman’s attraction. Guests came face to face with many famous and fearsome Disney villains like Dr. Facilier from Princess and the Frog, Sid’s mutant toys from Toy Story, and Hades from Hercules, to name a few.

While that might sound like a villain-lover’s dream come true, things got more intense than many were probably expecting. American and Chinese audiences might have different definitions of what constitutes as scary, but the scenes that played out in these mazes went from spooky to terrifying at the drop of a hat. 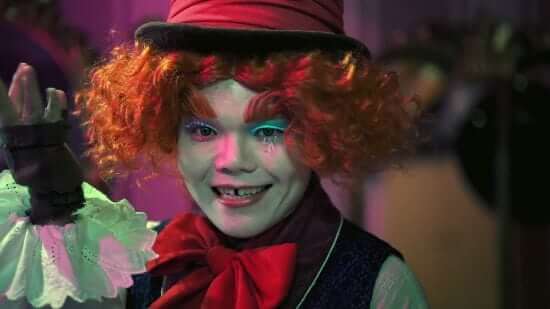 Some scenes were meant to lure Guests into a false sense of security, such as Dr. Facilier putting on a magic show, only to have the rug torn from under them when they are suddenly exposed to Pinocchio chained up and tortured by an evil clown, skeletal members of Barbossa’s crew lunging out from prison walls, and an absolutely deranged Mad Hatter wanting to sever their heads with an oversized pair of shears. It’s uncertain whether an attraction like the haunted mazes would succeed in the U.S., but it definitely wouldn’t gel well with Disney’s established family-friendly nature.

Would you have walked through these Disney-fied Horror Nights? Tell us in the comments below!

Comments Off on A Nightmare On Main Street: A Look-Back At Disney’s Haunted Mazes