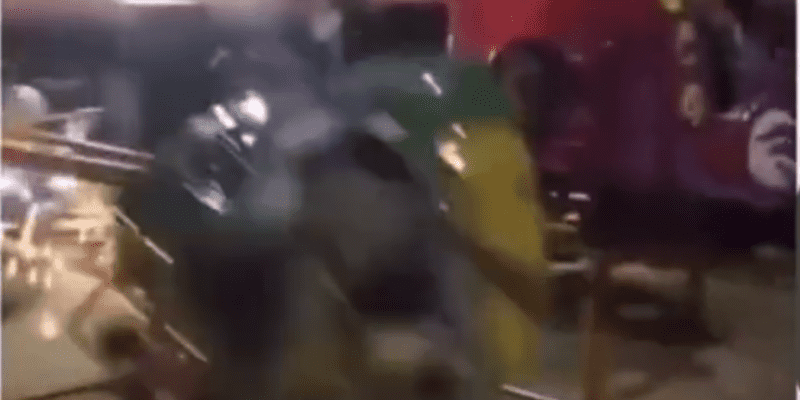 When visiting an amusement park or theme park, Guests want to know that they are safe. However, that doesn’t mean that every trip goes as planned.

One of the most tragic incidents to occur this year happened at ICON Park in Orlando when 14-year-old Tyre Sampson fell to his death while riding the Orlando FreeFall. The attraction has been closed since the incident occurred and it was just recently announced that the ride would be demolished. Sampson’s family has since filed a lawsuit.

However, this isn’t the only incident to have happened this year at a theme park.

Multiple people were injured after an amusement park ride fell more than 50 feet just a few weeks ago and a child fell from a theme park ride at Palace Playland in Old Orchard Beach, Maine a few months ago.

Now, another video has surfaced of an amusement park malfunction.

As you can see in the video, the two Guests are flung from the attraction after it comes off the rails. It hits the ground, and they are thrown out from their cart. At this time, the extent of their injuries is unknown.

No matter what theme park you visit, whether it be a Disney Park in Walt Disney World Resort or Disneyland Resort, or if it is another around the country including Universal Orlando Resort, Six Flags, Universal Studios Hollywood, Busch Gardens, Cedar Point, SeaWorld, or any other, the biggest desire for every Guest is to remain safe.

While injuries do happen at theme parks, it should be noted that these are rare occurrences. The IAAPA reports that the chance of being seriously injured on a fixed-site ride at a U.S. amusement park is 1 in 15.5 million rides taken.

What do you think of this video? Let us know in the comments.