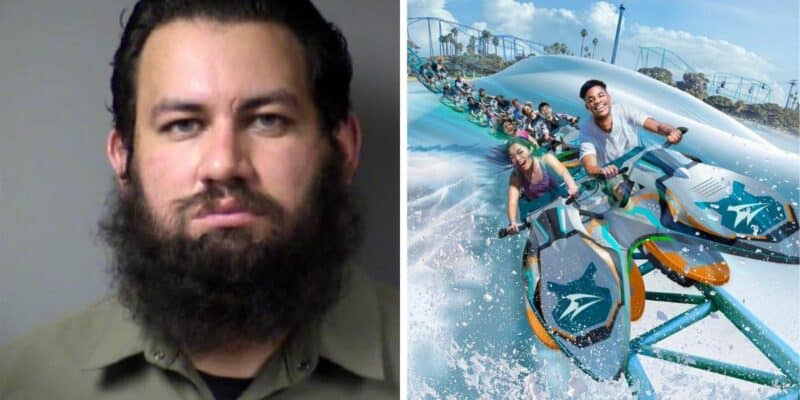 Brandon Doege was arrested at SeaWorld San Antonio Sunday around 10 p.m. and is charged with felony injury to a child with the intent to cause bodily injury. The child was a 14-year-old boy.

Doege was an employee of the park but is also a former Bexar County Sheriff’s deputy. Doege was working as a “scare character” as SeaWorld is currently hosting its Halloween event. The park’s annual fear festival, Howl-O-Scream, runs through October 30.

Sources and reports claim that Doege was wearing a pig mask and costume during his shift when he unexpectedly broke character, grabbing the 14-year-old boy around the neck and tossing him over his body. Doege then slammed the boy to the ground, causing the boy to receive injuries to his back and neck.

During questioning and interrogation by police, Doege claimed that the boy was disrespectful to him, which led to Doege’s actions against the boy.

To make the awful situation even worse, Doege is also being accused of punching a 53-year-old man in the face. The man is a relative of the 14-year-old and quickly confronted Doege after watching him body slam the boy to the ground.

The man was left with swelling on his face from the punch.

SeaWorld has yet to issue a formal statement regarding the incident at this time.

Like we said earlier, Doege used to be a sheriff’s deputy working for Bexar County. He was eventually terminated after a video was released showing him assaulting an inmate at the Bexar County Jail in 2019.

It was even later determined that Doege tampered with evidence from the assault, turning off the body camera of another deputy.

Doege was given two years of probation, agreeing to surrender his Texas peace officer’s license.

This is a developing story, stay tuned for updates.