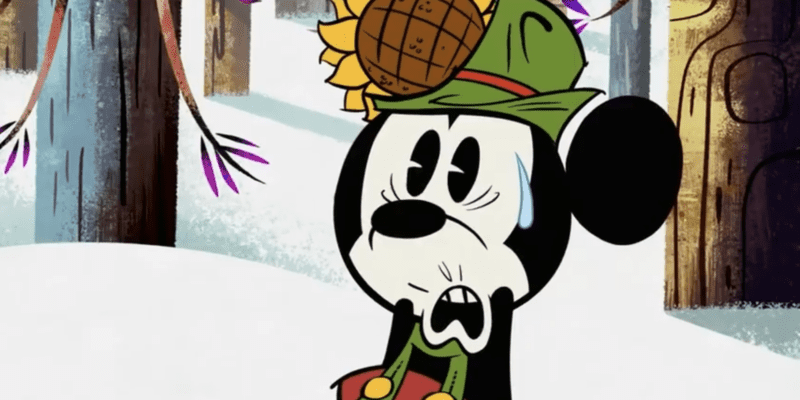 Some of Disney’s classic characters have recently been labeled as “problematic” due to the influx of the “woke” culture, and Disney has certainly heard their responses. However, has “keeping with the times” cost Disney movies some of their magic, or have audiences become too critical at harmless cartoons?

Like any other multimedia company, Disney is not immune to criticism or controversy. This is especially true in the case of today’s “woke” movement and cancel culture that seems to criticize every little thing that comes on screen. While things like racial and cultural representation are absolutely something animation companies should strive for in their movies, there is such a thing as overkill when it comes to pandering to the wrong audiences. There’s a common phrase on social media about living in a time where people are “too sensitive” or “can’t take a joke anymore” but that’s not without evidence.

Related: Guests Claim They Were Treated Like Animals by Disney Cast Members

There have been cases of fan responses changing something as big as full-on Disney attractions to satisfy the changes in modern culture. The upcoming Splash Mountain redesign is only the most recent example of Disney trying to keep up with the current audience, but at the price of a piece of theme park history.

The same can also be said of Captain Redd at Pirates of the Caribbean where a comedic auction sequence was not only changed due to its problematic nature but also removed and replaced one of the original animatronic figures created by the first generation of Walt Disney’s Imagineers. That all being said, there is at least some ground that these changes can stand on. It’s when certain “woke” fans start digging up the past that things start to get flat out ridiculous.

Calling out auctioning the wenches in the original Pirates of the Caribbean attraction for being misogynistic is one thing, but labeling a character like Captain Hook problematic because he might, as an anonymous executive stated, “expose Disney to accusations of discrimination or prejudice against individuals with disabilities…” could be considered overkill by many fans.

Because of the potential for fan backlash, Disney is taking fewer and fewer risks with their movies and rides that could immensely hurt their reputation a lot more than a wave of angry tweets might. Captain Hook isn’t scary because he’s missing a limb. He’s scary because he’s a treacherous pirate who shoots members of his own crew, captures Tinkerbell, makes Wendy walk the plank, and sends a bomb to blow up Peter Pan. The problem is that certain audiences have simply forgotten how to separate societal norms from fantasy realms.

Related: Police Called to Disney World After Guest Claims They Were Inappropriately Filmed

That’s not to say that Disney, and all companies by extension, don’t need to have a set of standards. Disney should definitely have more diverse casting in their movies, tell stories from different cultures and walks of life, and they should definitely update and perfect their attractions when the technology becomes outdated, but they shouldn’t change what makes the company magical out of fear. Risk-taking was what got Walt Disney’s first animated feature to the big screen, as well as several other Disney mainstays like The Lion King and Toy Story. In reality, Disney isn’t likely to purposefully make something with the intent to insult or offend, but the possibility of even a handful of dissatisfied viewers shouldn’t water down the experience for everyone else.

Do you think Disney is losing its movie magic? Tell us in the comments below!

Comments Off on Problematic?: How Disney’s Fans Are Changing The Script