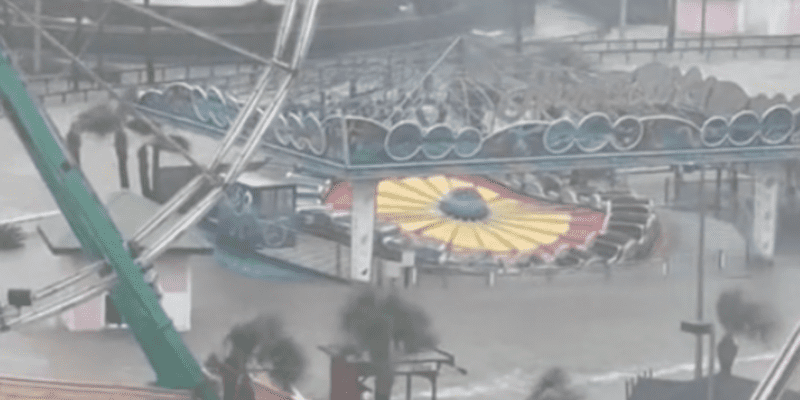 It’s not just the Florida theme parks that were affected by Hurricane Ian.

Over the last couple of days, there have been several reports of damage from Hurricane Ian at popular Florida theme parks, like Walt Disney World Resort and Universal Orlando Resort.

At Walt Disney World Resort, Disney’s Contemporary Resort suffered some minor damage, but the Disney Parks have since reopened and Guests are getting back to normalcy.

Over at Universal Orlando, the beloved attraction Jurassic Park River Adventure saw a hole ripped on the side of its building. In addition, a photo a little later on in the day showed a portion of the popular coaster, The Incredible Hulk Coaster, under water. Universal is now reopened, as well.

But, it’s not just theme parks in Florida that were hit by the hurricane.

After Hurricane Ian went across the state of Florida, it made a path through the Atlantic Ocean and then made landfall a second time in South Carolina.

As massive surf made its way into coastal towns in South Carolina, Family Kingdom Amusement Park found itself under water.

As you can see in the video, the surf completely blasted Myrtle Beach and surrounding areas. Family Kingdom, located right in the middle of Myrtle Beach, can be seen with more than two feet of water submerging it.

At the time of this writing, an update has not been given on the status of the amusement park.

Inside the Magic will continue to keep you updated on theme parks and Hurricane Ian.