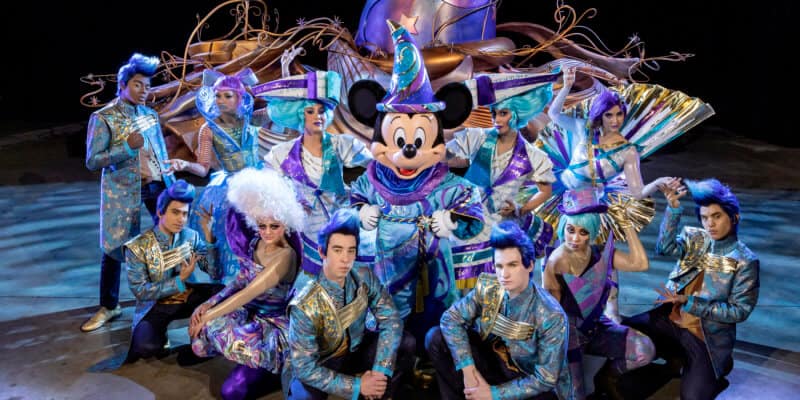 Dance The Magic is a unique program at Disneyland and Walt Disney World Resort that gives children seven and older the chance to dance in a Disney Park parade!

Though Dance The Magic offers kids memories that last a lifetime, one parent said their child’s dance team was treated with a less-than-magical experience. Reddit user u/bartlettderp said that each child and any guardians were forced to purchase a one-day Disneyland Resort ticket but weren’t allowed to experience the Disney Parks until late in the evening.

“Kids are forced to buy a ticket for the day, required in rehearsal all morning, then told not to ride any rides during their short break before they have to be brought back,” the angry parent explained.

Even worse, the parent said the kids weren’t brought back to their meeting place on time. Allegedly, Disneyland Resort didn’t provide enough busses to take all of the kids back to the meeting point and didn’t offer food, water, or bathroom breaks:

Our children were made to sit in grass, freezing cold, no blankets/jackets/anything, refused to give any small amounts of food or water, and only allowed to use a tiny gross port-a-potty but would then have to go back thru security after. The few adults/coaches that were allowed back there did everything they could to keep kids ok, but loads and loads of kids in tears. I know at least one child who had an accident from being denied restroom.

These kids were scared, alone, cold and hungry and Disney dropped the ball huge. Our kid burst into tears when she got off the LAST bus and she saw her mom.

The parent also said they witnessed a fight between two sets of parents, leading to one spitting in another’s face.

“My kid is still freezing cold and her entire day was ruined,” the parent wrote. “Cool she danced in parade but also an entire ticket wasted…I’m sure we signed our lives away with waivers but there’s going to be a lot of upset parents at guest services tomorrow.”

However, many commenters said the parent was overdramatizing the experience, especially since the dance performers’ tickets are heavily discounted compared to single-day Disneyland Park or Disney California Adventure tickets. From u/snarkprovider:

Sounds like someone who does lots of fully planned Disney trips who didn’t like that this experience is mostly for the performing experience and not a fully day at Disney with freedom to make your own plans like on a family vacation. 99% of those kids are not rabid Disney fanatics who will complain about the “ticket” cost versus how many rides they went on. They will remember how cool it was to march in a parade in Disneyland.

It’s important to note that while the kids might have been cold in their costumes, it doesn’t reach near-freezing temperatures in Anaheim, California, in October. Disney hasn’t publicly responded to the parent’s complaint.

Has your child ever participated in Dance The Magic?