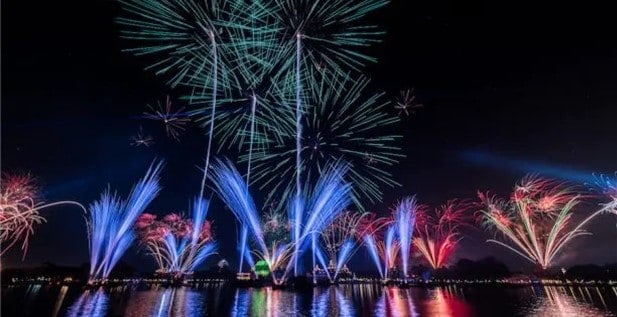 There’s something magical about ringing in the New Year at Walt Disney World Resort.

Walt Disney World is known as “the most magical place on earth,” and there’s a reason that name has followed it since its opening 50 years ago. Millions of Disney Park Guests make their way to Magic Kingdom, EPCOT, Disney’s Hollywood Studios, and Disney’s Animal Kingdom each year and there’s something special about spending the Holidays at Disney World.

Disney has announced its Park Hours for New Year’s Eve, and there are a few interesting tidbits of information to share.

Magic Kingdom, EPCOT, and Disney’s Hollywood Studios all will be open until midnight for Guests to ring in the New Year, but Disney’s Animal Kingdom will continue to close at its normal time.

This actually has Magic Kingdom and EPCOT closing an hour earlier than they did last year. Both Disney World Parks closed at 1:00 a.m. on New Year’s Eve last year.

The hours for New Year’s Eve are as follows:

At this time, the specifics of New Year’s Eve celebrations have not been announced by Disney.

What do you think of the hours for New Year’s Eve this year? Let us know in the comments!