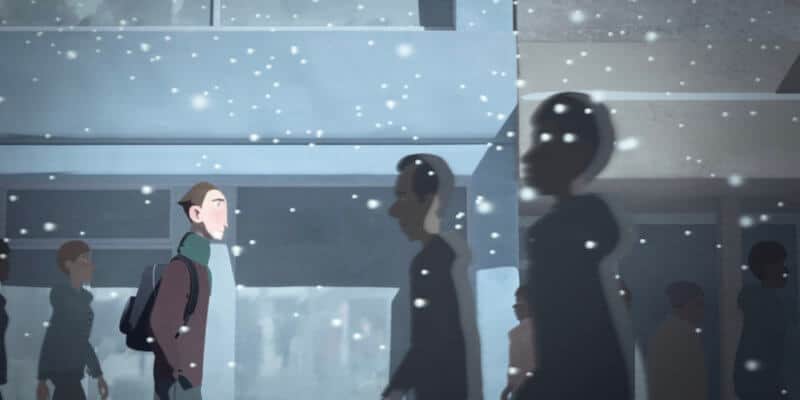 Disney’s animated shorts are truly how their artists and creative teams truly flex their imaginations and allow expressions and meanings to flow tremendously from the pen and palate. Although classic cartoons featuring Mickey and the gang will always be loved, there’s truly something to be said for the mature storytelling in Disney’s Short Circuit.

Short Circuit is a series of experimental animated short films told through a variety of styles by a team of different creatives with drastically varying stories to tell. What separates these shorts from something like Pixar’s Spark Shorts or even some of Disney’s regulars that followed their theatrically released features is the amount of soul they have behind each title. Each animator imparted something of themselves in their projects, giving it a much more intimate flavor not seen in something from Mickey or Goofy.

Jacob Frey, director of the short “Going Home,” hit the nail on the head when he said “What’s very unique about Short Circuit is that it can be any type of story. It can be funny, it can be sad, and it’s such a broad spectrum. Behind their colored facades are messages of truly emotional abstracts like grief, change, joy, and acceptance, and they are all told in a truly unique way that has a much deeper effect than the standard Disney fare. It truly demonstrates what the medium of animation can do, and can cut incredibly deep with its complex themes. While there are indeed shorts that fit a more cartoony mold, it’s truly astounding just how adult some can be.

One of the most talked about examples recently is the episode “Reflect” at the end of season two. In this short about self-acceptance and body positivity, a plus-sized ballet student dances through a battle against a monstrous mirror. A plus-sized protagonist has been something many Disney fans have craved for decades, and this “reflection” on the sensitive subject of body dysmorphia illustrated the internal struggle thousands of people deal with on a daily basis in a very beautiful way.

Related: Go on a 10-Minute Adventure with These Mickey Mouse Shorts on Disney+

It’s this kind of filmmaking that truly makes Disney animation stand out among thousands of imitators, while also serving as a reminder that animation can be just as mature as any adult feature. And yet some still say cartoons are just for kids.

Have you seen Disney’s Spark Shorts? Tell us in the comments below!

Comments Off on New Animators Showing Disney’s Mature Side