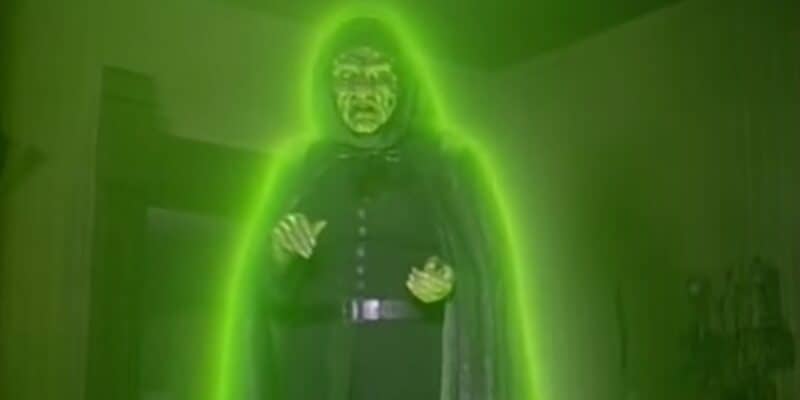 Disney+ is home to a wealth of overlooked Disney projects, but this piece of ’80s cheese is one that will scare fans silly.

With new additions like Werewolf By Night, honored traditions like The Nightmare Before Christmas, and vintage classics like The Adventures of Ichabod and Mr. Toad, Disney+ has more than enough Halloween hits to go around this year. However, it also has a few strange and unusual entries in the collection as well. One of the finest examples of Disney’s weird side absolutely has to be Mr. Boogedy.

Related: Secret Disney Society Getting Their Own Film, Reports Say

On paper, a movie about a character called “The Boogedy Man” shouldn’t work, but this Disney TV movie is a creepy, campy, chunk of ’80s cheese that dedicated fans will absolutely eat up with a spoon. Mr. Boogedy is by no means a movie viewers should take seriously, as every second of this creature feature is over-the-top and goofy. From the special effects to the performances, especially John Astin as Mr. Witherspoon, are superbly saturated with a special brand of silliness that makes the movie an absolutely intoxicating experience.

In no uncertain terms, Mr. Boogedy is a movie that knows it’s a movie, but that’s not necessarily a bad thing. The plot concerns the Davis family as they move into a haunted house in the aptly named town of Lucifer Falls, a wonderfully cliched name for a horror movie setting if there ever was one, and their encounters with the titular evil spirit. While that might sound like the setup for the next Conjuring movie, the film can best be described as “Beetlejuice on a budget.”

For the ghost of a man who supposedly sold his soul to Satan, Mr. Boogedy himself doesn’t particularly do anything destructive. He makes things in the house move on their own, scares a teenage girl with his rotting face, and makes a mummy Halloween decoration dance around the room. Honestly, any fear factor the Boogedy Man has is tossed out the window from that point, especially considering the fact he’s defeated by way of giant vacuum cleaner.

The movie is super short, clocking in at only 45 minutes, which makes it a great appetizer for a night of Halloween binging on Disney+. Fans who want more of the comedically creepy Mr. Boogedy should also check out Bride of Boogedy for another trip to Lucifer Falls.  At the end of the day, Mr. Boogedy is a silly yet spooky experience that the whole family can enjoy. It’s no Nightmare Before Christmas, but it’s a solid special for Halloween.

Have you seen Mr. Boogedy? Tell us in the comments below!