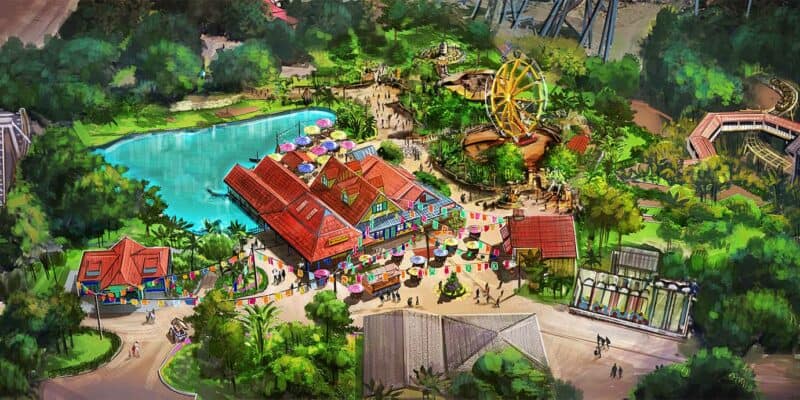 A massive expansion is opening at a popular theme park in 2023 with all-new rides, locations, and experiences for Guests to enjoy!

In the constant arms race for the most fun rides and attractions among theme parks across the country, Kings Island has made an announcement that will undoubtedly have fans of the Ohio theme park overjoyed.

Adventure Port, the latest expansion at Kings Island, will open its gates in 2023 with two all-new family attractions, enhanced theming for the Adventure Express roller coaster, and new dining locations for Guests to enjoy while they explore the new land. Per Kings Island:

Resting in the foothills of overgrown mountains and dense tropical terrain, Adventure Port is a hub for explorers searching for the ruins of an ancient civilization, its forbidden temple and mysterious wonders. If asked, the locals will tell tales of those who came before you and vanished. Did they unwittingly disturb ancient spirits and fall victim to an age-old curse?

While exploring Adventure Port, Guests will be able to climb aboard an open-air, suspended passenger vehicle to experience the thrills of flying 60 feet through the air at 25 miles per hour on the new Sol Spin attraction. And for those who don’t want to leave the ground, Cargo Loco will be a perfect choice, with barrel-shaped vehicles that will take Guests for a spin — in more than one way — with the Arrow Cargo Company, whose methods of transportation may be a little dizzying.

Adventure Port will also bring enhanced theming to Adventure Express, an iconic roller coaster in the Ohio theme park which opened in 1991. The refurbishment will include a relocation of the ride’s queue and additional theming along the attraction’s tracks. From the concept art shared by Kings Island, it would appear that the new storyline for Adventure Express will take parkgoers on an expedition through the ruins of an ancient civilization.

Kings Island did not announce an official timeline for this refurbishment, but surely the current version of Adventure Express will temporarily shut down to allow construction teams to work on this exciting retheming.

“What I love about Adventure Port is that we’ve taken parts of the Adventure Express story and built upon it to create this new themed area,” Mike Koontz, vice president, and general manager of Kings Island said in a statement. “When guests who have been coming to the park for years visit this area for the first time, the story will feel familiar, but it will be told in a whole new way.”

While no official date has been announced for the opening of Adventure Port at Kings Island, the 2023 season will surely be exciting for parkgoers, with so much fun coming to the Ohio theme park!

Are you excited about this new expansion coming to Kings Island? Let us know in the comments below!