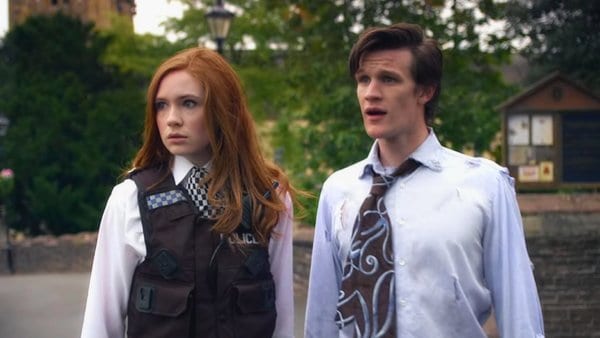 It was recently announced that the BBC’s iconic sci-fi series, Doctor Who, is set to make its appearance on Disney+ in 2023. The series has one of the biggest fan followings out of any TV show on the market, and most fans are ecstatic to have the Doctor materializing on their screens with a little help from Disney. However, some don’t know what to expect from this unexpected partnership.

With their penchant for magical, mystical, and enchanting premises, it makes perfect sense that Disney would want to pursue a character like the Doctor. Even with his frequent interactions with creatures like Daleks, Cybermen, and Weeping Angels, his adventures across the fabric of time and space have the potential to be just the right stuff for the studio’s magical streaming service. Now that Disney+ is set to introduce the newest season and specials to a wider audience, the doors to the TARDIS will be opened to a fresh set of fans ready to accompany the madman in the blue box. With both a 14th and 15th Doctor set to follow Jodie Whittaker’s season, the bar is set remarkably high for 2023’s premier.

Related: ‘Doctor Who’ Surprise Regeneration Stirred Up A Few Emotions

Dedicated Doctor Who fans can rest easy knowing that the right creative factors are already in motion, as Russel T. Davis is set to head three specials to kick the series off, along with David Tennant reprising his role and earning the title of the 14th Doctor. Ncuti Gatwa is still set to be the newest Doctor in the franchise, but the return of Tennant to the series is perhaps one of the best ways to usher in the new era of Who. Paired with the partnership with Disney+, the upcoming season is already shaping up to be an ambitious endeavor that will have viewers waiting on bated breath for the Doctor’s return.

Three specials and a new season of Doctor Who are already a perfect pairing for longtime fans of the series, but a premier on Disney+ will widen the audience and welcome in a new set of fans with a sprinkling of Disney magic. With any luck, this upcoming event will result in classic episodes of the beloved sci-fi franchise hitting the streaming service as well, welcoming a whole planet’s worth of fans into the TARDIS. No matter what happens, the Doctor and all his companions will be more than welcome and received by Disney and its fanbase.

Are you excited for Doctor Who on Disney+? Tell us in the comments below!

Comments Off on What to Expect From ‘Doctor Who’ on Disney+