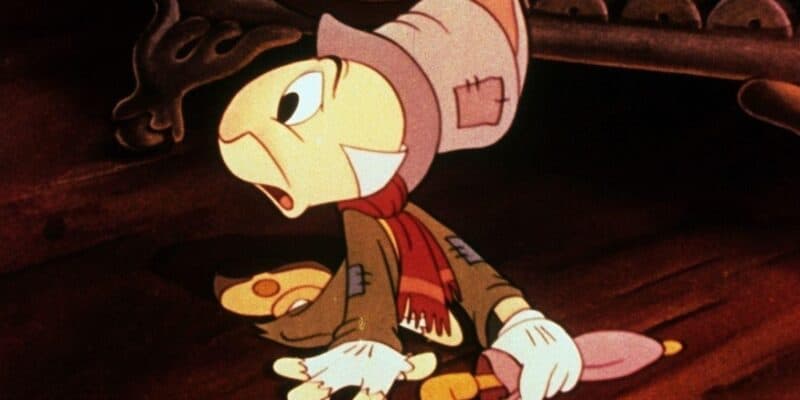 “Jiminy Cricket” has almost always been known by the public as Pinocchio’s conscience, host of many Disney specials, and a beacon of the straight and narrow path for decades. His name, however, doesn’t exactly have the same sterling reputation as the talking insect has built up.

When it comes to the language used in Disney movies, it hardly ever goes past the PG rating. While there are certainly more than a few double entendres, subtle one-liners, and winks and nods to the audience that might suggest some naughty language, it’s not like Donald Duck is going to be dropping the F-bomb any time soon. However, there is one particular pearl of Disney that has some less-than-savory origins, and it’s one that both characters and viewers have been slinging left and right for years.

In order to fully understand the mental gymnastics of “Jiminy Cricket’s” verbal origins, we have to talk about minced oaths. A minced oath is a type of euphemism used in place of a profane phrase. Using the term “dang” or “darn” in place of “damn” is a common example, and Disney is absolutely loaded with them. Recess’s TJ Detweiler has “whomps” as his catchphrase, Stitch has his “meega nala kweesta!” as his iconic explicative, and Scrooge McDuck’s ancestor goes by the name of “Dirty Dingus McDuck.” Needless to say, Disney has been practicing this verbal contortion technique for decades.

But how does Jiminy Cricket fit into all this? The term “Jiminy Crickets” and its variations like “Jiminy Christmas” or “Jimmy Christmas” is an anglicized variation of the latin phrase “Jesu Domini,” meaning “Jesus Christ,” and even the term “Jesu Cristo” might also have influence with its J.C. initials.  According to Almanac,”Domini” became “Gemini” which in turn was anglicized into “Jiminy,” eventually winding up in “Jiminy Christmas” then “Cricket” in full circle.

Was Walt Disney attempting to cover up a minced oath to avoid a blasphemous phrase? The short answer is, of course, no. However, the idea that the name for such an iconic character has origins in minced oaths, Latin translations, and even divine inspiration is certainly worth a discussion or two.

Have you ever used a “minced oath?” Tell us in the comments below!

Comments Off on Disney’s Most Famous Swear Word