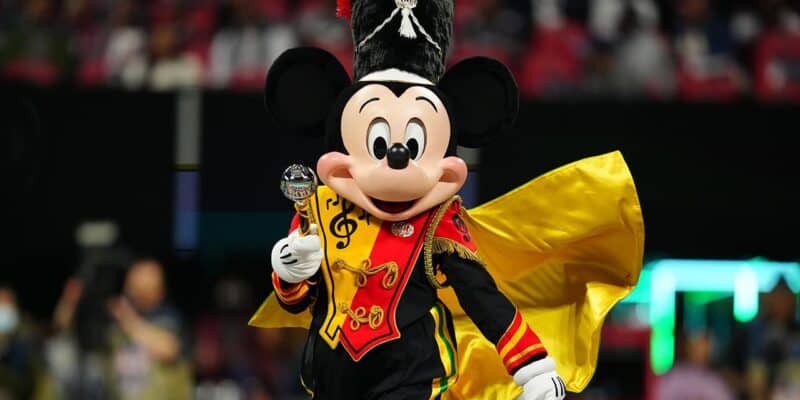 Today is the first day of the first-ever Historically Black Colleges and Universities (HBCU) Week at Walt Disney World Resort! Not only is this momentous event the first at the Disney Park, but it’s also the largest in history, with more than 5,000 students expected to attend.

Related: Disney Works with Historically Black Colleges to Inspire the Next Generation

Stephen A. Smith, a commentator on ESPN’s First Take, is on the scene for this historic week. Smith shared this video last night:

This is a match made in heaven! @hbcuweek here I come! #hbcuweek2022 #disneyworld #worldofsports #makingmagic

“I grew up loving the Wide World of Sports,” Smith said. “It’s always been special to me. But now more than ever, it’s even more special.”

Smith proclaimed that HBCU Week and The Walt Disney Company are a “match made in heaven.”

Most events will be hosted at the ESPN Wide World of Sports Complex, including a College Fair, Lunch and Learn series, a Battle of the Bands, and a live broadcast of ESPN First Take with hosts Stephen A. Smith and Molly Qerim. But on October 8, Magic Kingdom Park will host HBCU Week Band Parades featuring Delaware State University, North Carolina A&T State University, Bethune Cookman University, Winston Salem State University, and Alcorn University.

“We couldn’t be more thrilled to host this event, which continues our long history of celebrating and supporting education, particularly within diverse and underrepresented communities,” said Courtney Jasmin, Disney Sports Public Relations Manager.

“Nearly 50 HBCU recruiters… will be handing out college acceptance letters and scholarships, including full four-year rides, on the spot. In all, more than $10 million in scholarships are expected to be awarded, which would also be an HBCU Week record,” Jasmin said.

“Be prepared for a high-stepping, back-bending, high-energy experience like few things you’ve ever seen at Walt Disney World Resort, so don’t miss it,” she continued.

And, of course, don’t miss Mickey Mouse himself in his drum major outfit, paying tribute to drum majors at HBCUs around the country.

To register for the college fair and purchase tickets for Battle of the Bands and other HBCU Week events, visit HBCUWeek.org.

Comments Off on Historically Black Colleges & Universities Week Kicks Off at Disney World!