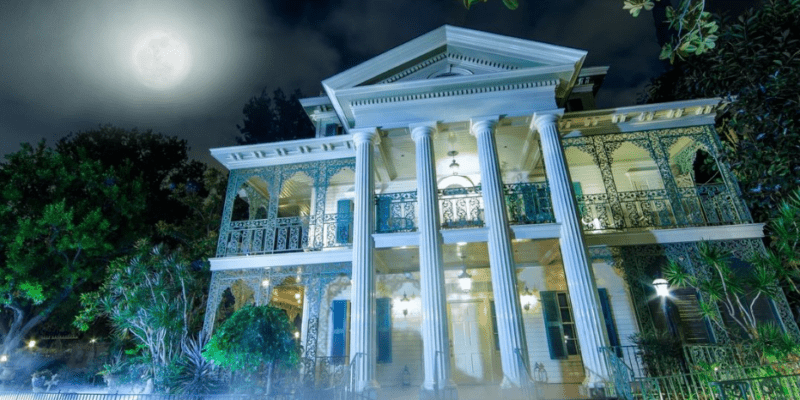 Whether it’s Halloween or the 4th of July, the Haunted Mansion is always one of the most popular places at a Disney Park. But do you these frightfully fun facts about this attraction?

2). Only two of the four Mansions are made over with the holiday overlay.

3). Guests are constantly trying to spread their loved one’s ashes inside the attraction.

4). A “live” caretaker was in place for every Haunted Mansion attraction.

5). The Haunted Mansion was almost the Museum of the Weird.

6). Disneyland’s Haunted Mansion was inspired by the Shipley Lydecker House in Baltimore.

7). Walt hated the idea of a rundown looking house inside his Parks.

So, whether your favorite part is riding in the doom buggy, visiting Madame Leota, listening to your favorite ghost host, or giving a lift to a hitchhiking ghost, make sure to go on your next visit.

What else did we miss? Let us know in the comments.

Comments Off on Frightfully Fun Facts About the Haunted Mansion