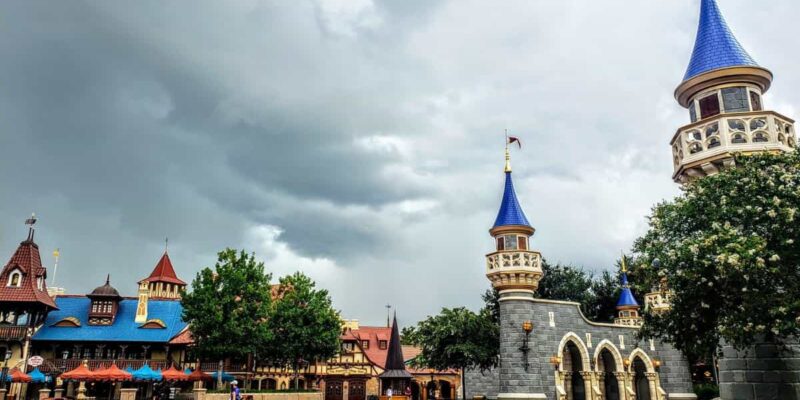 Years after the fact, fans still hold a grudge against Walt Disney World Resort over the removal of one iconic attraction.

When you visit Walt Disney World, there is so much to enjoy and experience. From iconic attractions like Haunted Mansion, “it’s a small world,” Peter Pan’s Flight, Pirates of the Caribbean, and Jungle Cruise at Magic Kingdom to thrilling rides like Star Wars: Rise of the Resistance, Twilight Zone Tower of Terror, Slinky Dog Dash, Avatar Flight of Passage, and Expedition Everest, and everything in between, there’s something for every Disney Park Guest to enjoy.

Disney Park Guests are immersed in the magic when they visit, but that doesn’t mean that every decision the company makes is one that fans agree with.

Many Disney fans recently shared in a Reddit thread that they still are disappointed and “hold a grudge” for the removal of Mr. Toad’s Wild Ride at Magic Kingdom. The attraction, which was a staple in Fantasyland, was removed in 1998 to make way for The Many Adventures of Winnie the Pooh.

A fan-created website, savetoad.com,  dedicated to beloved attraction shared that Disney did not have to close down Mr. Toad’s Wild Ride to have a Winne the Pooh attraction. The website also accuses Disney of “lying to us for almost a year.”

“Disney did not confirm this [the closing] until less than a week before The Ride was scheduled to close, after lying to us for almost a year,” the website reads. “While a Winnie-the-Pooh ride has a definite place in Walt Disney World, it was not necessary to kill Mr. Toad to make room for Pooh. Please let Disney know that they should have put the Pooh ride somewhere else. Were it not for the pure greed of the Disney company, Mr. Toad and Pooh could have lived in harmony.”

The website says that “the fight’s not over until Disney understands that what it has done is wrong.”

While the attraction cannot be experienced at Magic Kingdom anymore, the ride can still be enjoyed at Disneyland Park.

Mr. Toad’s Wild Ride was an opening day attraction at Disneyland Park. The ride is based on the Wind in the Willows scenes from the animated Disney film, The Adventures of Ichabod and Mr. Toad. In 1983, the original façade was updated to include the stately Toad Hall; inside, various scenes and settings were enhanced with new details and special effects.

What do you think about the removal of Mr. Toad’s Wild Ride at Magic Kingdom? Let us know below.