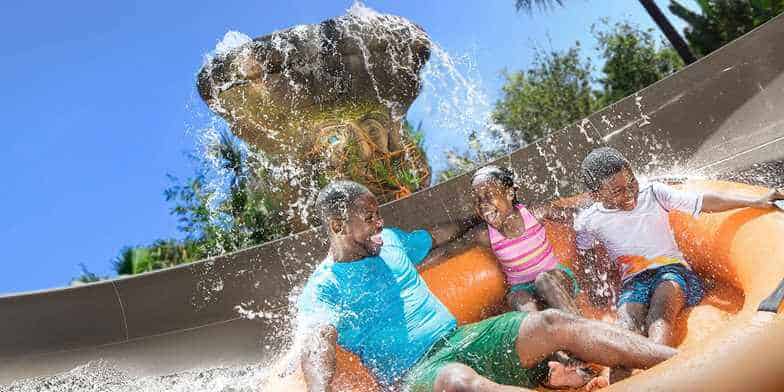 One of Disney World’s water parks is closing soon.

When visiting Walt Disney World, it’s important not to forget everything else that’s offered besides the four Parks. Guests have the opportunity to cool off at two different water parks, though Disney’s Blizzard Beach is closed at this time.

Typhoon Lagoon is set to close on October 19 due to low temperatures in Orlando, Florida, as there are no times available on the official website. This is common with Disney’s water parks as the weather starts to get colder.

Disney’s Typhoon Lagoon water park is a fantastically-themed place to get your feet wet, featuring all your water park necessities like slides, family raft rides, and a wave pool that will send you and your Mickey ears surfing six feet high.

It’s important to note that, at this time, a park reservation is not required to visit a water park. However, reservation requirements are subject to change. Disney’s Blizzard Beach water park is closed at this time.

Which water park is your favorite at Walt Disney World?