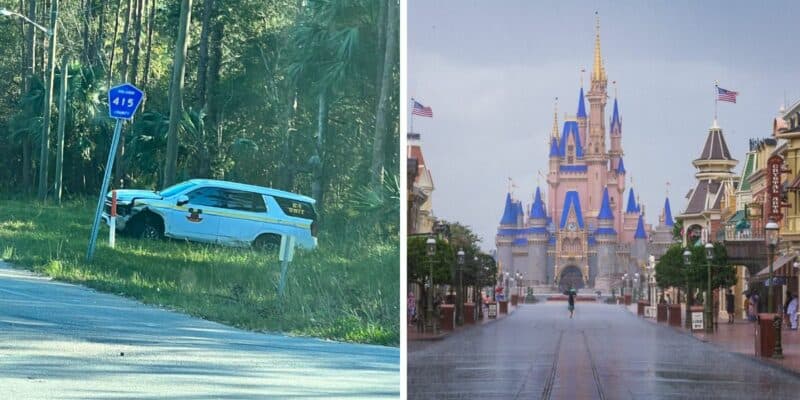 Many services are employed thanks to Disney’s Reedy Creek District, including firefighters and police. Officers from the surrounding areas can be contracted to patrol the property in order to keep Guests safe.

This means that when visiting Walt Disney World, Guests may see police throughout the Resort, especially when they are driving to and from the Parks. Unfortunately, an incident occurred Friday evening that involved at least one cop car.

An image of the aftermath was shared on Reddit and is linked down below:

Disney K-9 unit got in a little fender bender down the road from where they train at. Hope nobody or doggos got hurt.

Disney K-9 unit got in a little fender bender down the road from where they train at. Hope nobody or doggos got hurt. from WaltDisneyWorld

The car was specifically a K-9 unit vehicle. At this time, we do not have any information regarding the incident. As we mentioned earlier, Disney controls its own district in the state of Florida.

Within Reedy Creek, Disney can issue tax-free bonds, levy taxes, oversee land use and environmental protections and provide essential public services. Recently, the Florida Governor took even more action against the district. This is actually something Florida Gov. Ron DeSantis has been pushing to dissolve.