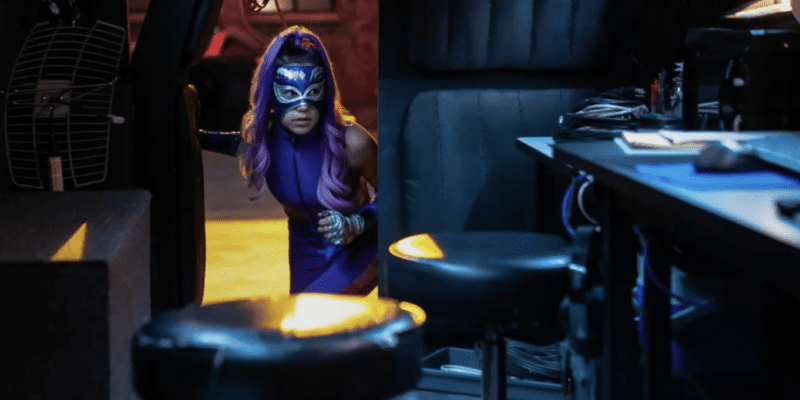 Balancing life with work can be difficult for anyone, but especially a Disney star.

Scarlett Estevez, the star of the new Disney Channel hit series Ultra Violet & Black Scorpion, recently spoke with Inside the Magic on several topics, including her time at Disney Channel, balancing work with life, her future plans, and a new partnership that she is happy to announce.

While Ultra Violet & Black Scorpion may be the most recent thing that fans may know the Disney star from, many others might recognize her for her work in Daddy’s Home (2015) and Daddy’s Home 2 (2017) alongside Mark Wahlberg and Will Ferrell.

Estevez, who is now 14, was just seven years of age when production began on the first Daddy’s Home.

“It was definitely an honor to get to work with them, they are such sweet people, but I also feel like I learned so much from them, especially from such a young age,” Estevez said. “They were so sweet to me and taught me a lot. Even at the time, it felt unreal.”I remember one time on set, when me and Owen Vaccaro were just dancing and spinning around like ballerinas with Mark Wahlburg and it was just a really fun time.”

Estevez lent her voice in the role of Izzy in The Grinch (2018) and made appearances in several television series, including Bunk’d and Raven’s Home. She also played the role of Rowena “Ro” in the television film Christmas… Again?! in 2021 before ultimately landing the leading role of Violet Rodriguez / Ultra Violet in the Disney Channel series Ultra Violet & Black Scorpion.

Though things can get hectic between balancing work, going to high school, and having time for herself, Estevez said she has just makes time for the things that are most important.

“I’ve learned to make time for myself,” Estevez said. “I don’t let anything fall through the cracks, especially not when it comes to working with my Invisalign aligners…”I get people who come up to me sometimes, but most of the time, they just kind of stare. I’m like ‘Oh hey, I see you too.’ I don’t really mind it, It’s honestly fun that people know me from stuff. It’s really cool.”

Working with the Disney Channel, Estevez said her experience has been nothing but positive and she looks forward to continuing with her career in the future.

“Everybody that I’ve worked with is so sweet,” Estevez said. “Everybody who is a part of it [Disney Channel] has the best attitude and are so easy to work with. It’s definitely something that I’m proud of, and I feel like I’ve learned a lot and evolved as I’ve been a part of the Disney Channel.”

Estevez also shared that she was partnering with Invisalign.

“Invisalign has really helped me through my entire journey. Right now, I’m prioritizing my Invisalign treatment because it’s perfecting my smile, but it’s really just the thing that worked best for me,” Estevez said.

Have you seen Ultra Violet & Black Scorpion? Let us know in the comments!