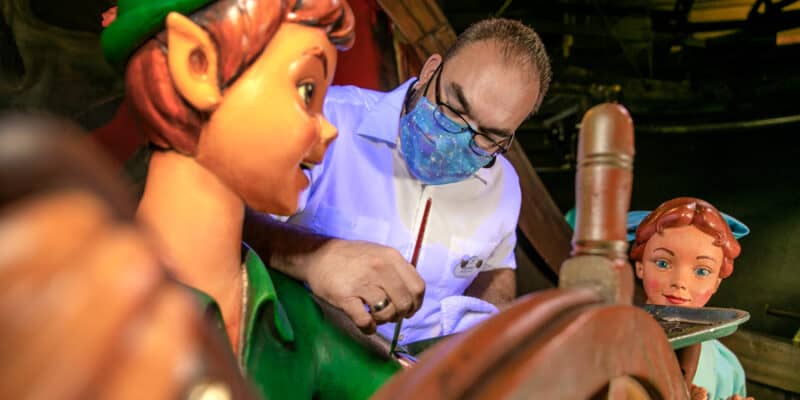 Did you know Disney Imagineering made a huge mistake on a Disneyland opening day attraction? Blink, and you’ll miss it.

Disneyland Resort has been a staple for family fun in America since the 1950s, welcoming millions of families each year, eager to experience Disney magic through breathtaking storytelling, immersive lands, timeless attractions, innovative new experiences, world-class entertainment offerings, mouth-watering dining offerings, and so much more.

However, it is well known that opening day at Disneyland was not quite what Walt Disney expected, as the first day of operations was eventful, to say the least, at the California theme park. Apart from the massive crowds, counterfeit tickets, high temperatures, drinking fountains running dry, food running out, rides breaking down, and even a gas leak in Fantasyland, Disney Imagineers made a significant mistake in one of Disneyland’s most popular attractions to date, though not many fans notice.

As TheJungleSkipper (@thejungleskipper) pointed out on TikTok, Disney Imagineers made a huge mistake at Peter Pan’s Flight but were not aware of it until it was too late. He comments that Captain Hook’s hook is in the correct arm, the left one, in the mural at the beginning of the ride, but points out that the hook changes to the wrong hand, his right arm, in several scenes where Captain Hook can be seen throughout the attraction.

TheJungleSkipper comments that Imagineers didn’t notice until the attraction’s opening date, as well as Disneyland’s, was too close to correct the mistake, leaving them with two choices: opening without one of Disneyland’s most advertised attractions or opening the ride and hope nobody notices. “Can you guess which one they opted for?”

While this mistake is quite significant given that it practically inverts the original character design for Captain Hook, not many Guests are aware of it, partly because it is a “blink and you’ll miss it” moment. It might take a little more than faith, trust, and pixie dust to notice it on your next visit to the Happiest Place on Earth.

Have you noticed this mistake at the classic Disneyland attraction? Let us know in the comments below!