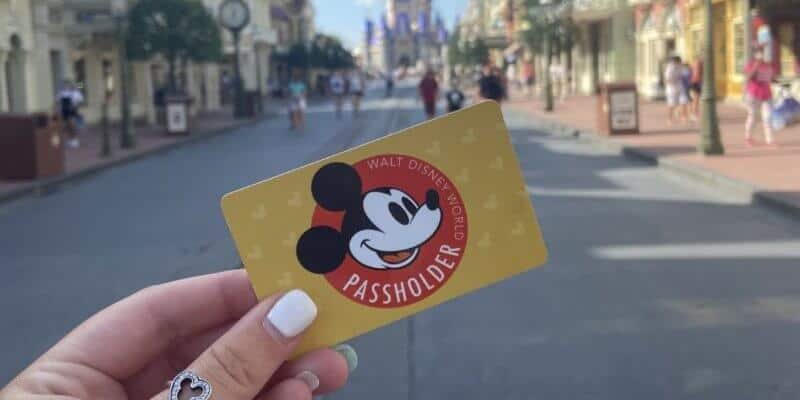 Walt Disney World Resort fans have anxiously awaited for the day when Disney Annual Passes would return, but this has not been the case. Disney paused the sales of Annual Passes last year and they have remained unavailable since that point.

“Disney’s conduct is a predatory business practice, aimed at exploiting the customers who support it the most, its annual pass holders. Disney abused a global pandemic to take advantage of its own loyal customers and increase its revenue,” the lawsuit states.

Amid the lawsuit, it seems that Disney has quietly removed a page from its website.

The “Benefits of Becoming a Passholder page,” which previously had information about the Disney Annual Pass and the benefits of owning one, has now been removed.

When you type the link, it automatically redirects to the Disney World homepage.

It’s unclear if this removal was due to the lawsuit or if it is completely unrelated.

Disney recently responded to the impending lawsuit, saying it will “respond further in court.”

“Annual Passholders continue to be some of our biggest fans and most loyal Guests,” reads the statement, “We’ve been upfront with Passholders about the updates that were made, and we offered them the flexibility to opt-in or out of the program early in the pandemic, including refunds if they desired. This lawsuit mischaracterizes the program and its history, and we will respond further in court.”

No matter what the reason, this would seemingly indicate that Disney doesn’t have a plan to bring back Annual Passes, at least anytime soon.

What do you think of this decision to remove the page from the Disney World website? Let us know in the comments!