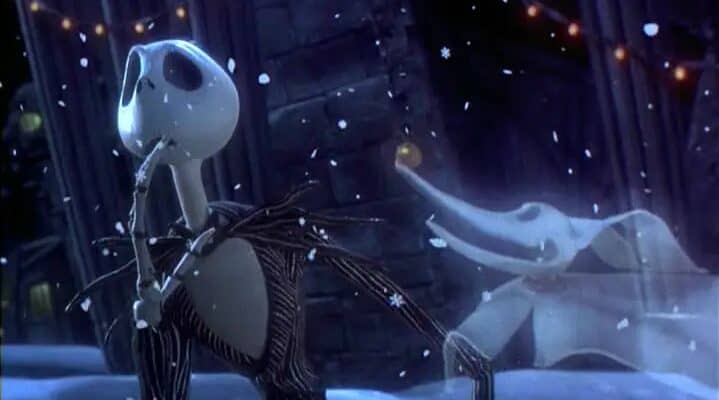 From Halloween Kills to Disney’s own Hocus Pocus 2, there are plenty of fresh, frightening, and freaky films for viewers to stream this Halloween. While it’s always exciting to see whats new at the theatre, there’s arguably a larger audience for more classic Halloween fare.

Disney might be resting on the laurels of the Sanderson Sisters’ return, but they’ve already built quite an impressive collection of spooky movies and shows to stream while handing out treats to any costumed visitors at their door. Ranging from sweet to spooky, fans can enjoy a wide variety of haunting hits and nostalgic favorites. From vintage shorts of Walt Disney’s day to classic Disney Channel Original Movies, Disney+ has more than enough tricks and treats to keep viewers up well after the pumpkins have all gone out.

Donald Duck in Trick or Treat

“Trick-or-treat, trick-or-treat, trick-or-treat for Halloween!” Before the theme song became something of a TikTok trend, it was first heard in 1952’s Trick or Treat, featuring everyone’s favorite foul-tempered fowl. When the mischievous Witch-Hazel sees  Huey, Dewey, and Louie tricked out of their Halloween treats, the four conjure up a plan to get one over on old Uncle Donald. Needless to say, the results are nothing short of pure Disney slapstick at its best.

Related: Tim Burton’s Halloween Special That Only Aired ONCE

Of Course, Donald wasn’t the only Disney character to tango with the forces of the supernatural, but the fun is only multiplied when Mickey and Goofy are thrown into the mix. Allegedly the inspiration behind the iconic Ghostbusters, Lonesome Ghosts saw Mickey, Donald, and Goofy in the roles of ghost-exterminators being picked on by a pack of silly spirits. Once more, Disney flexes their skills for physical comedy and throws the trio into the fold. Fortunately, the ghosts can dish out the scares but they just can’t take it.

One of the original Disney Channel Original Movies, Under Wraps tells the story of friendships, family, and ancient mummy curses. Think of this as Goonies or Monster Squad by way of Disney. When a trio of kids accidentally awakens an ancient Mummy, they have to reunite him with his dead princess before a curse turns him to dust. Throw in a plot involving gangsters and surprisingly mature humor and its a recipe for one of the most memorable movies to premiere on the Disney Channel.

Mr. Boogedy is weird, plain and simple. It’s short, spooky, and to the point in its down right outlandish premise. When a family moves into a haunted house under the curse of the titular Mr. Boogedy, all manner of silly supernatural antics occur. Everything is over-the-top and cheesy, from the special effects to the monsters, to even a special appearance by John Astin channeling his Gomez Addams brand of charm and creepiness. It’s perfect for a brief and entertaining intermission between longer creature features.

Of course, no Disney Halloween could possibly be complete without a Tim Burton film in the mix. No Disney movie absolutely drips with that freaky and festive flavor better than The Nightmare Before Christmas, and it’s maintained its cult status for decades. Before Hocus Pocus was saturating all of Disney, the Pumpkin King was the one who wore the crown when Halloween came to Disney, and his influence is still arguably more prominent even after so many years.

The Adventures of Ichabod and Mr. Toad

Before Hocus Pocus, before The Nightmare Before Christmas, and even before Tim Burton’s adaptation, Disney’s Legend of Sleepy Hollow was the highlight of this package film from 1949. While the Wind in the Willows segment might have it’s own brand of charm, there’s no doubt that the tale of Ichabod Crane and his frightening encounter with the Headless Horseman is much more memorable. A long standing Halloween tradition for many Disney fans, the holiday simply isn’t complete without a little pumpkin fire.

What’s your favorite Disney Halloween movie? Tell us in the comments below!