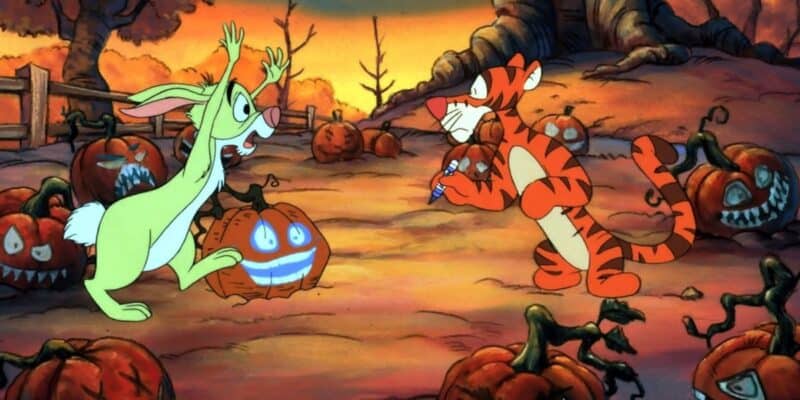 Out of all the spooky specials Disney has streaming, many fans are missing out on a cozy piece of nostalgia when Halloween comes to the Hundred Acre Wood.

Dozens of Disney’s best characters have their own Halloween specials, but one that often goes overlooked is that belonging to Winnie the Pooh and his pals. The ’90s were a great time for Walt Disney Pictures, and that can certainly be said for that willy-nilly, silly, old bear. Pooh received something of a revamp in the late ’80s/early ’90s with The New Adventures of  Winnie the Pooh, and like any good Disney cartoon, it had its own holiday specials.

Boo To You Too, Winnie the Pooh! is what some Disney fans might describe as visual comfort food. While it’s obviously not something as eerie as Mickey Mouse’s most recent special, it has that certain seasonal flavor with just a splash of spooky imagery to keep things interesting. Pooh, Piglet, Tigger, Eeyore, and all the rest put on their Halloween finest and go out for a night of tricks, treats, and everything in between.

The plot is a bit basic, but as sweetly simplistic as a Pooh Halloween story should be. Ever the timid creature, Piglet makes it his mission to get through one Halloween night without getting the daylights scared out of him. When his jitters get the best of him, Pooh and the rest of his pals come together to help him celebrate a not-so-scary “Hallow-Wasn’t.” Soon, Piglet finds his courage and overcomes his fear of Spookables, Heffalumps, and things that go bump in the night.

Simple, sweet, and loaded with a heaping helping of festive nostalgia, many long-time Disney fans will instantly be transported to a time of trick-or-treating, costumes, and spooky fun from their childhoods. Whether the viewers are experienced fans wanting to relive a fond and favorite special, or new generation of viewers wanting something warm and fuzzy for a Halloween treat, Pooh’s nearly-forgotten special is guaranteed to bring a warm jack-o-lantern glow to any Disney fan’s screen this October.  The special can be viewed in its original entirety on YouTube, or as the B story for Pooh’s Heffalump Halloween Movie on Disney+.

Have you seen Pooh’s Halloween special? Tell us in the comments below!