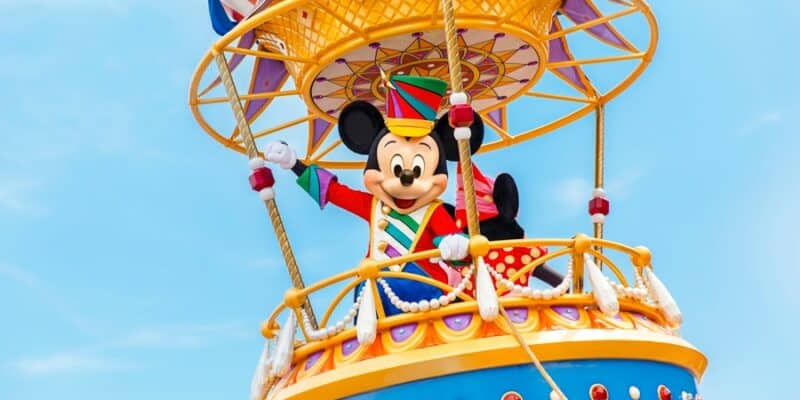 If you’re visiting Walt Disney World Resort this November, you may have multiple chances to catch the beloved Festival of Fantasy parade.

Magic Kingdom is known for its absolutely stunning views and iconic offerings. From walking down Main Street, U.S.A. to the first sight of Cinderella Castle, as well as visiting iconic lands like Tomorrowland, Adventureland, Frontierland, and Fantasyland, there is so much to do when visiting the Disney Park.

One of the most beloved offerings at Magic Kingdom is none other than the Festival of Fantasy parade.

The parade returned in March of this year and has typically performed daily at 3:00 p.m. every day.

However, as crowds begin to pick up for the Holiday season in November, Disney has announced that it is expanding performances of Festival of Fantasy to give Guests more than one chance to catch the popular parade on select days.

After that, beginning November 14th, the parade will take place at 12:00 p.m. and 3:00 p.m. daily through the rest of the month and into December. Showtimes have not been announced past Saturday, December 4th.

Festival of Fantasy gives Guests the chance to see the unbridled enchantment and vivid pageantry of Fantasyland—and its many inhabitants—winds its way through Magic Kingdom in a thrilling parade spectacular. The dazzling mix of floats, motion, and original music will keep you humming along for days to come.

The state-of-the-art parade floats star some of your favorite Disney Characters from Tangled, Peter Pan, The Little Mermaid, and much more.

Be sure to check the Walt Disney World Entertainment Schedule or the Times Guide at Magic Kingdom Park for the performance schedule. This is an outdoor parade and subject to cancellation due to inclement weather. Showtimes are subject to change.

Will you be visiting Walt Disney World this November? Let us know in the comments!